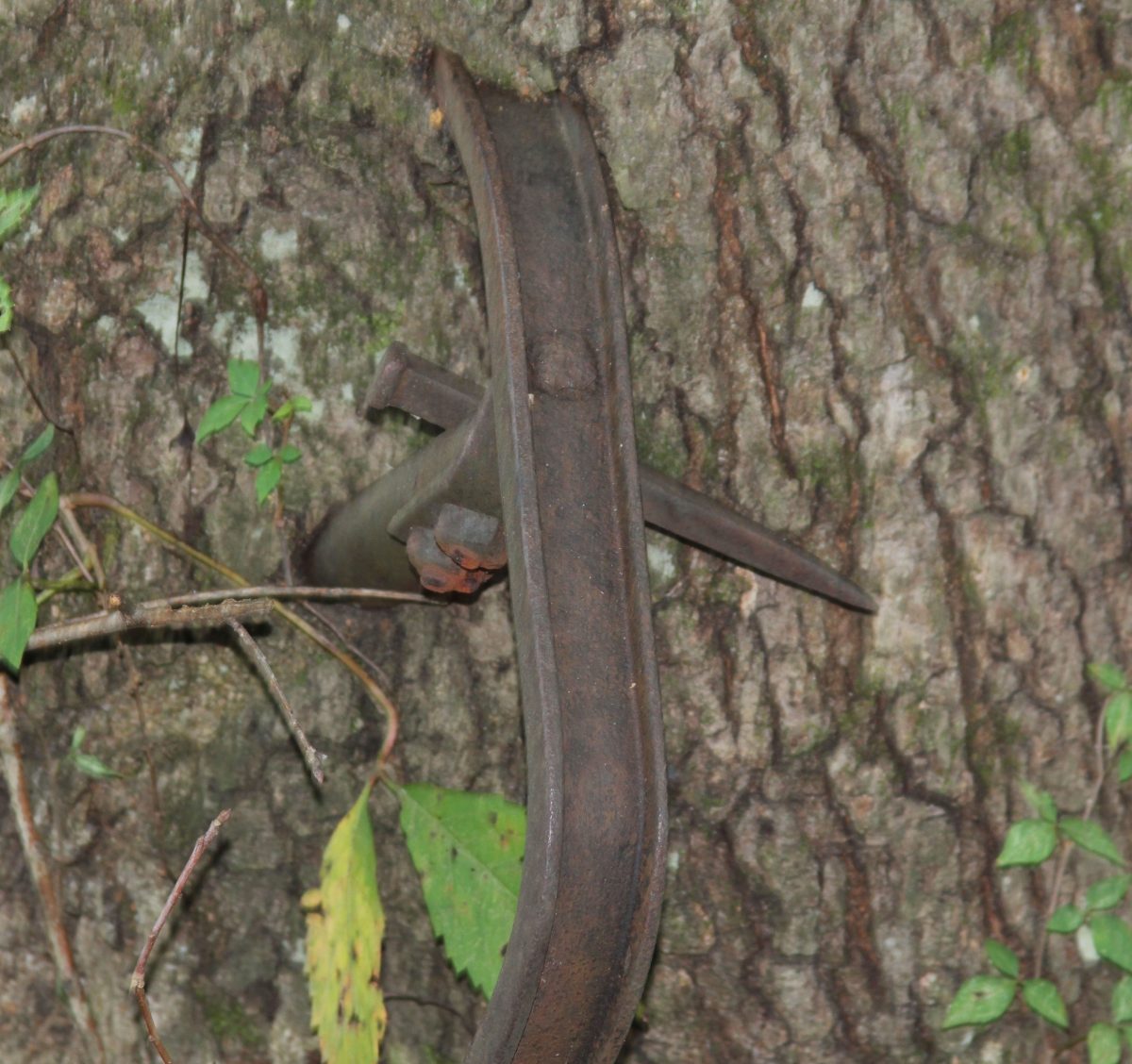 A spike from an old cultivator is shown protruding from a tree along Highway 412 West.
Photo by: W. Clay Crook / The Lexington Progress

Bruce Taylor built his home along Highway 412 West when the road was still known as Highway 20. Behind his house is the old dirt road that ran in the Civil War days from Lexington to Jackson.

There are several stately trees along the old route, but one of them holds a bit of treasure from the last century. Walking just a few yards away from his house, Taylor pointed to an old mule drawn cultivator that was well embedded into a tall white oak. How long has it been there? “Well, I built my house here in the mid-1960’s and the tree was already grown quite away around it,” he said.

Taylor is guessing that a hundred years or more, someone had leaned the cultivator against the tree, and it has grown around it over the years. One of the spikes, still sharp, is just a few bare inches from being the next part of the tree.
Above his home is a ridge where he said that there were two small log cabins in the old days, with just enough room between them for a…