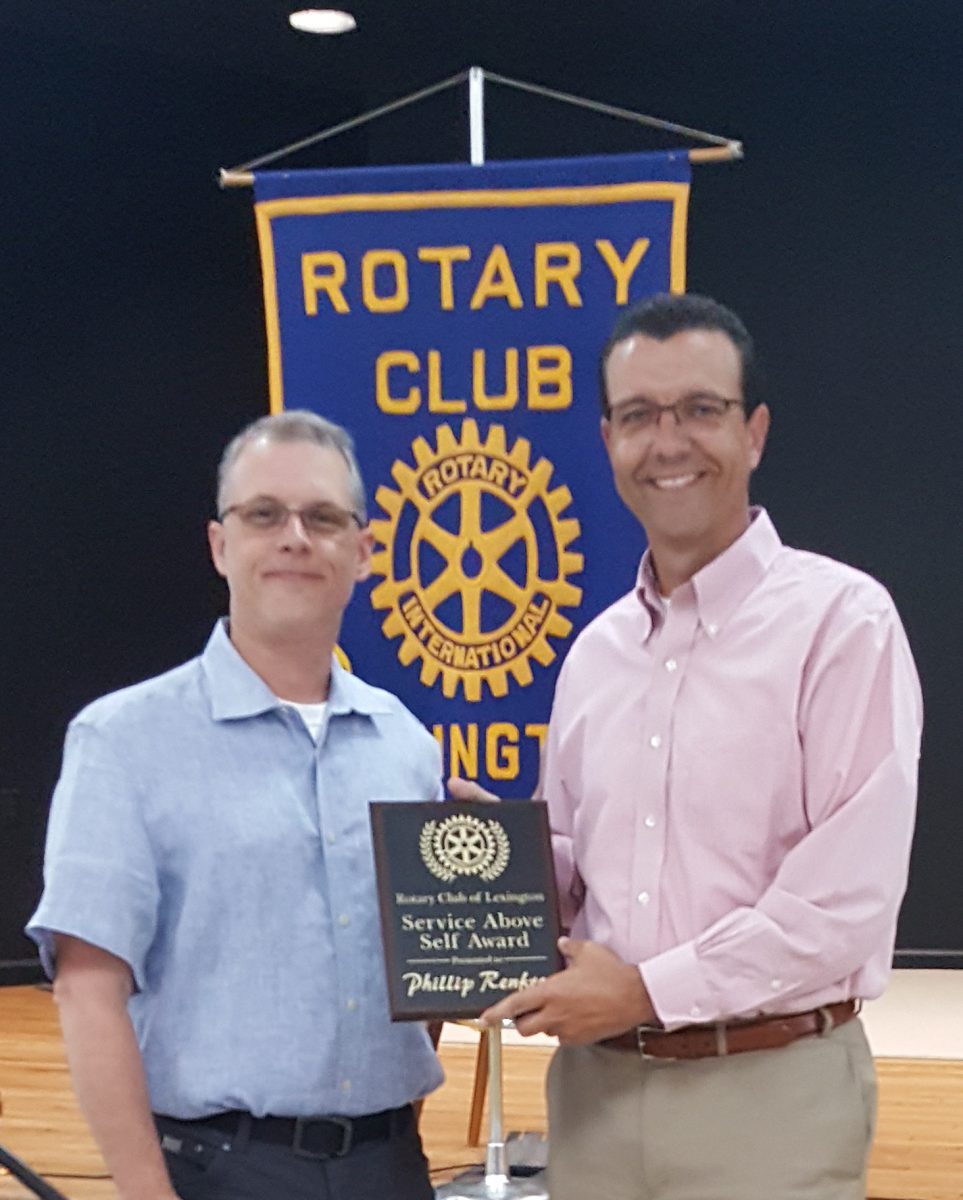 The guest speaker for the June 16, 2020 Lexington Rotary Club was also the 2020 Rotary Service Above Self recipient, Phillip Renfroe of Community Bank. The award is given annually to a non-Rotarian who has made significant contributions to the community.

Phillip also serves at the Henderson County Historian and presented some items from Henderson County history. He was assisted by Commissioner Andy Anderson and Clay Crook from the Lexington Progress.
Phillips main presentation was on the 1918 Spanish Flu epidemic in Henderson County. He showed a photograph of the old courthouse from a war bond effort from April 1918, the same year as the pandemic. He also talked an article from Lexington Mayor L.T. Fielder in December 1918, which banned large groups, schools and theater to safeguard the residents. “Do what you must, as singly as possible,” he said, and the only safeguard from the infection was to refrain from gathering. This was the second ban, or closure of the city. This is very reminiscent of our current COVID-19 situation.

Spain was neutral in WWI and their media was not censored, and even though the flu was everywhere, Spain was the only one reporting on it, thus the nickname of Spanish Flu. The was a Dr. Joseph Fenner Bell, from Huron, Tn who died in Ft. Riley, Kansas in 1918, one of the places that is believed to be the…