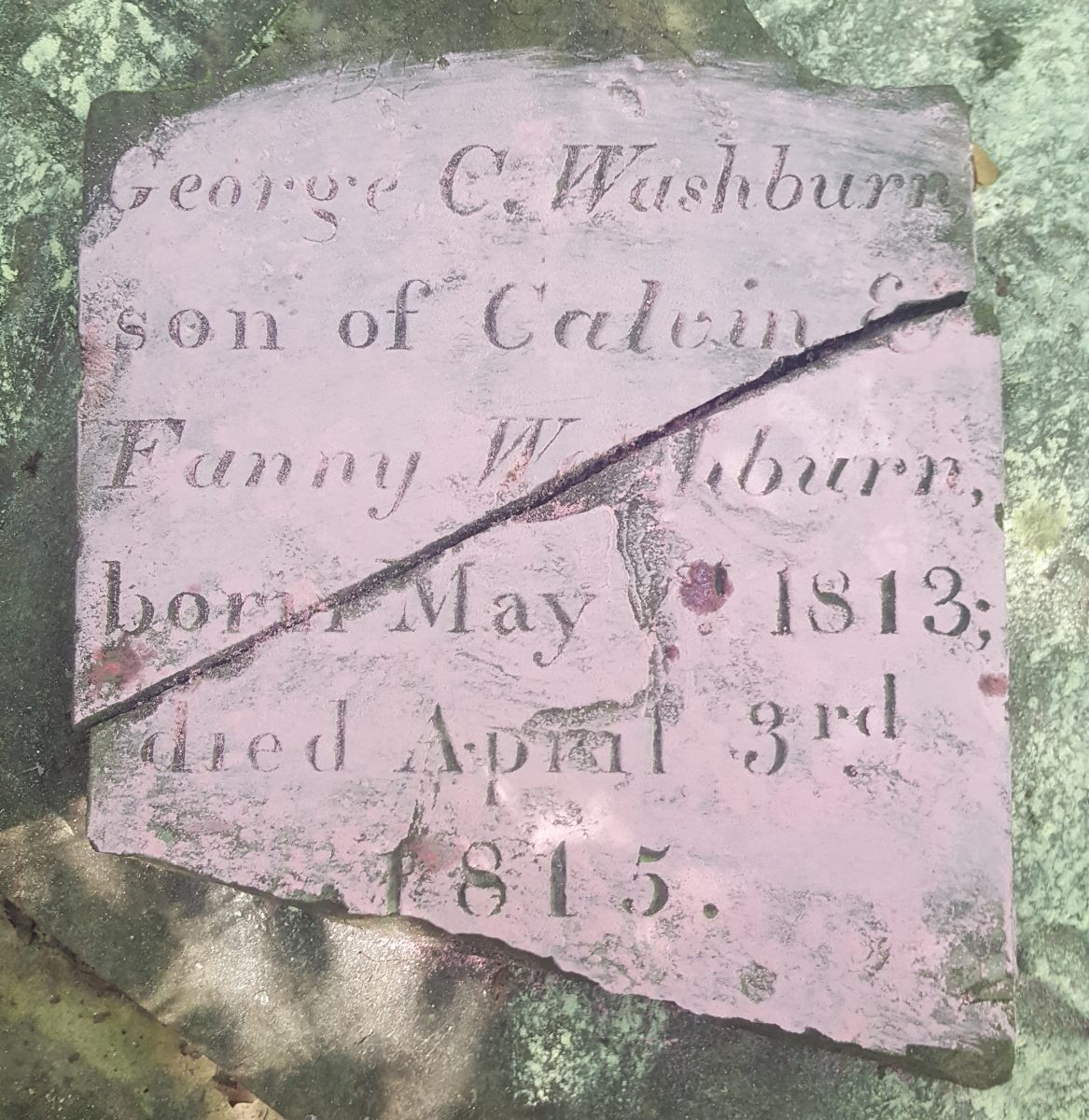 The 1815 marker for pioneer Thomas Beal was located by local citizens while researching for Henderson County’s Bicentennial, which is in 2021.
Photo by: W. Clay Crook / The Lexington Progress

In researching for Henderson County’s Bicentennial in 2021, I’ve been looking for the oldest marked grave in the county. Amanda Musgrove Jowers and Joy Beth Campell, who are working on a project to photograph all the cemeteries in the county, said that there was a marker for 1815 in the cemetery where pioneer Thomas Beal was buried. That’s three years before the Chickasaw Purchase that opened West Tennessee for settlement, and six years before Henderson became a county.

Danny Flanagan had also mentioned the marker to me last fall. He is also a Thomas Beal descendant and had gone to the cemetery with Judge Steve Beal’s grandfather, O.H. “Pie” Beal. The marker is for George C. Washburn, son of Calvin and Fanny Washburn, May 1, 1813 – April 3, 1815. “I asked Pie about the marker and he said that he didn’t know anything about the family, but that it had always been there,” Flanagan related.

Flanagan then contacted Bob Parker, who did interesting features with the Jackson newspaper. He found the story hard to believe, so he met Flanagan and went to see for himself. Someone copied the article to one of the Henderson County history websites and this is what Parker had to say:

“Danny was puzzled by his unusual find. The grave posed a mystery. How could a child be buried at this site several years before settlers came to the county? He visited libraries in search of information, asked senior citizens, yet no one knew the answer.”

“He agreed to show me the grave site. We walked through pasture lots, climbed fences topped with barbed wire, crossed small streams and…