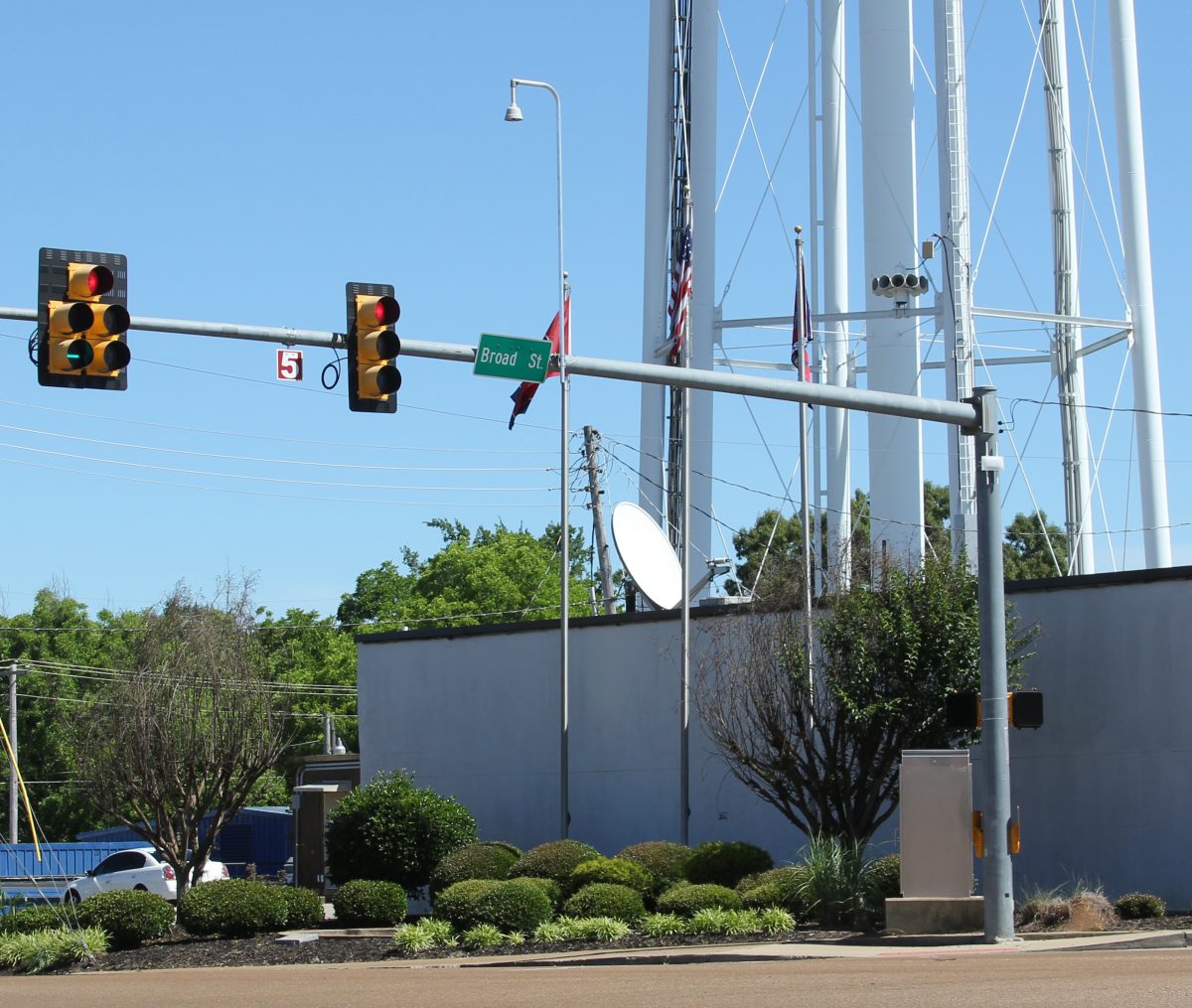 The new traffic sensor installed at the intersection of North Main Street and Broad Street was operational over Memorial Day weekend.
Photo by: W. Clay Crook / The Lexington Progress

The latest update of the traffic sensors on both East and West Church Streets, and one at the intersection of North Main Street and Broad Street were in operation for the Memorial Day weekend.

The project began in September 2019 with a new sensor being placed at the intersection of Highway 104 North and West Church Street and followed in November with one at the Hospital Drive and West Church Street intersection.
The sensors use the latest technology to communicate with one another, gauge the flow of traffic, and adjust the traffic light to avoid congestion.

“The sensor at North Main Street and West Church has made a big difference,” said Public Works Director Robbie McCready. The light has cleared an average of fifteen vehicles on North Main, which…

For complete coverage, see the June 3rd edition of The Lexington Progress.