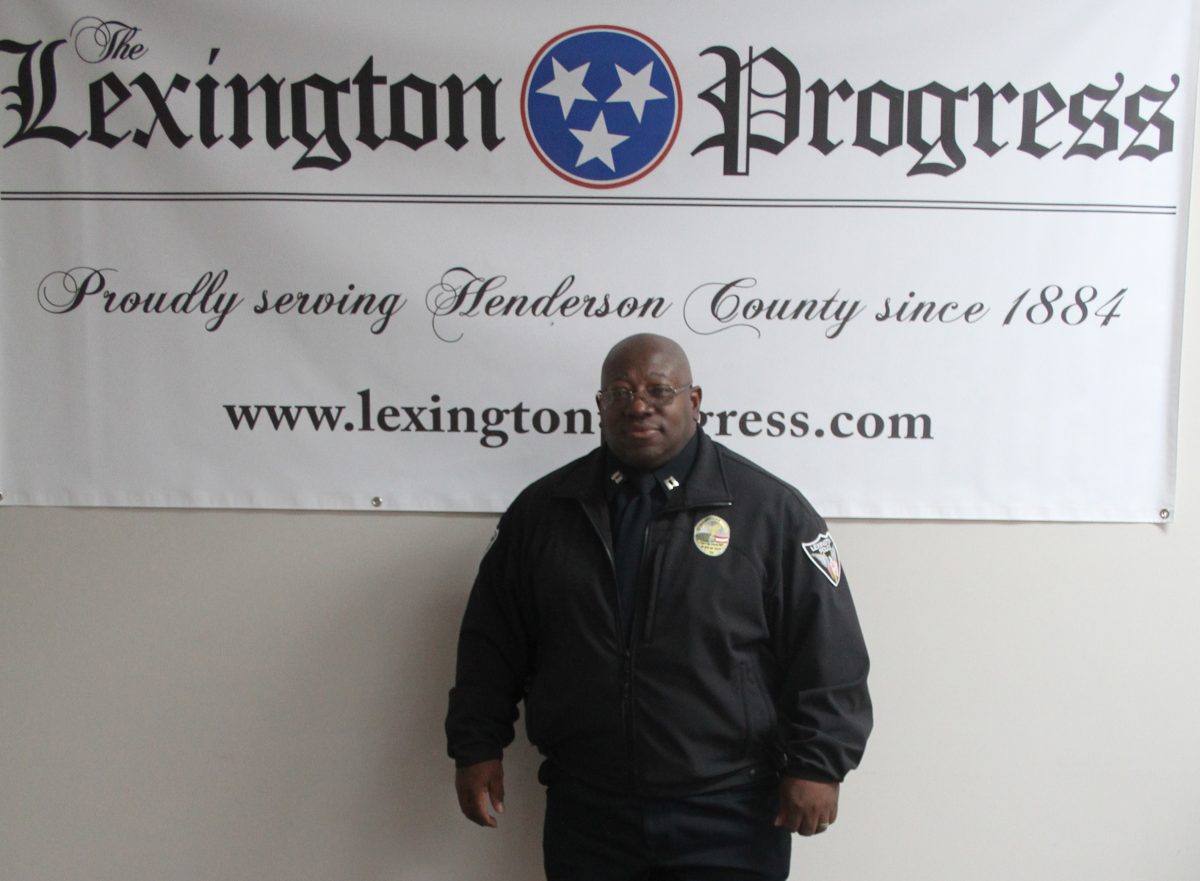 Scottie Kizer recently made history with the Lexington Police Department by becoming the first African American captain in the history of LPD.
Photo by: Blake Franklin / The Lexington Progress

Scottie Kizer made both Lexington history and became a part of Black History on February 27th when he received his promotion as the first African American captain in the Lexington Police Department. Kizer started his career as a patrolman on March 1, 1985 when Cliff Grissom was Chief of Police. “That’s been thirty-five years ago this month,” he said, “and I am exceptionally blessed to not only receive the promotion but to be able to serve Lexington during that time.”

“Law enforcement is pretty much a family tradition,” Kizer said. His father, John Logan Kizer, was a part of the Lexington Police Department in the 1950’s. Kizer’s older brother is an officer with the Metro Police in Nashville, and son, Dale Kizer, is a deputy with the Henderson County Sheriff’s Department. He worked under Chief Charles Wood, as well as Bob Pollock, “who served as both the Police Chief and the Chief of the Fire Department.” His relationship with Chief Roger Loftin and retired Captain Donna Hetherington, has been a vital part of his career. “Chief Loftin has thirty-seven years, I have thirty-five, and Donna came in just after me.” He went from patrol to Sergeant, and then into Investigations, and became the Chief of Investigations for the Department. When asked about training, he said, “I feel like I’ve…

For the complete story, see the March 4th edition of The Lexington Progress.