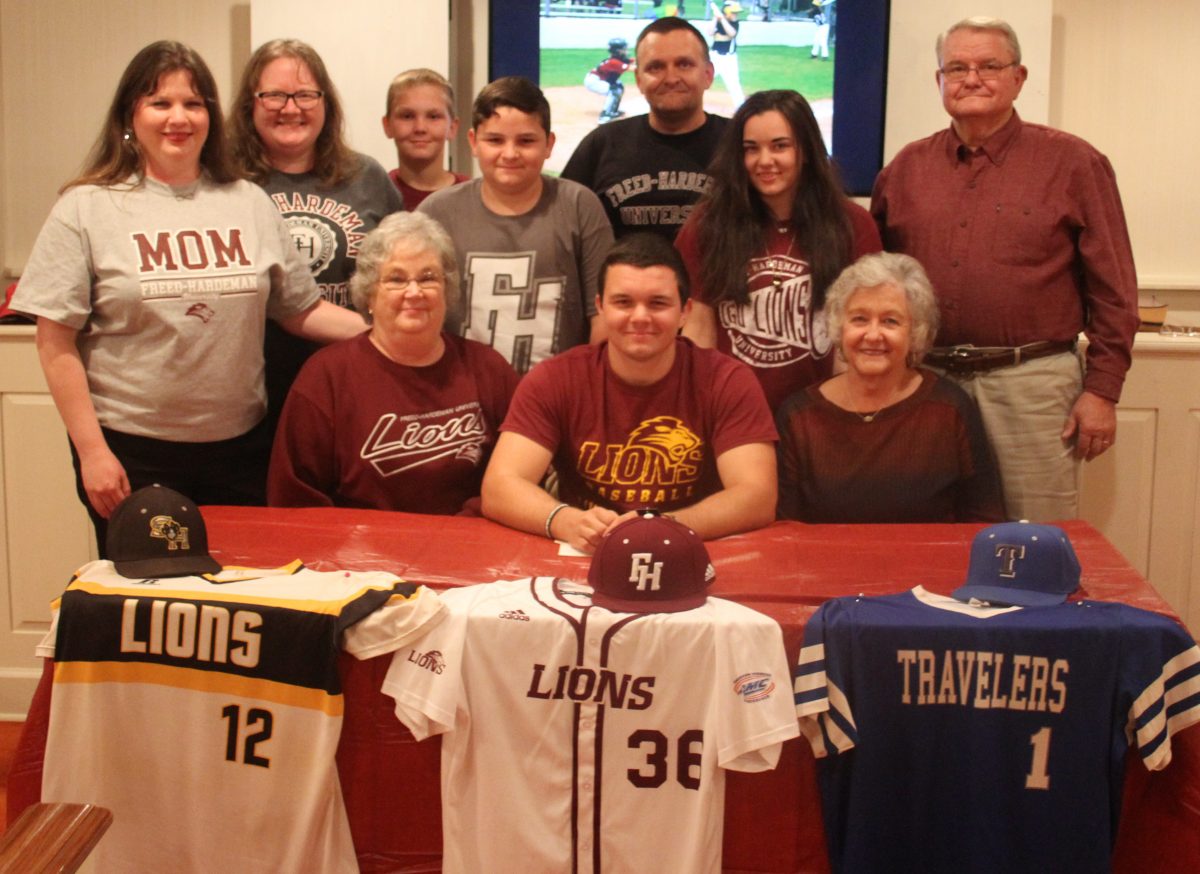 On Monday, November 4, 2019, Nathan Lewis signed official paperwork to continue his athletic career in signing with Freed Hardeman University on a baseball scholarship. Surrounded by family and friends, he was congratulated and applauded for his huge accomplishment.

Nathan plans to major in cyber security when attending FHU and as of right now, as he has been doing dual enrollment, he should enter college with 30 credit hours already under his belt. Nathan also has a 3.75 GPA, currently. He enjoys playing the piano, is a blue belt in Brazilian Jiu-Jitsu, home schooled and worked for four years with 96.5 ESPN, where he currently works as the co-host of the Edward Jones Kickoff Show.

He also has some awards and special invitations that have been received over the years. Nathan was named the 2017 Newcomer of the Year, a 2019 All-District selection, along with being a 2019 All-Tournament team selection. He was also named the…