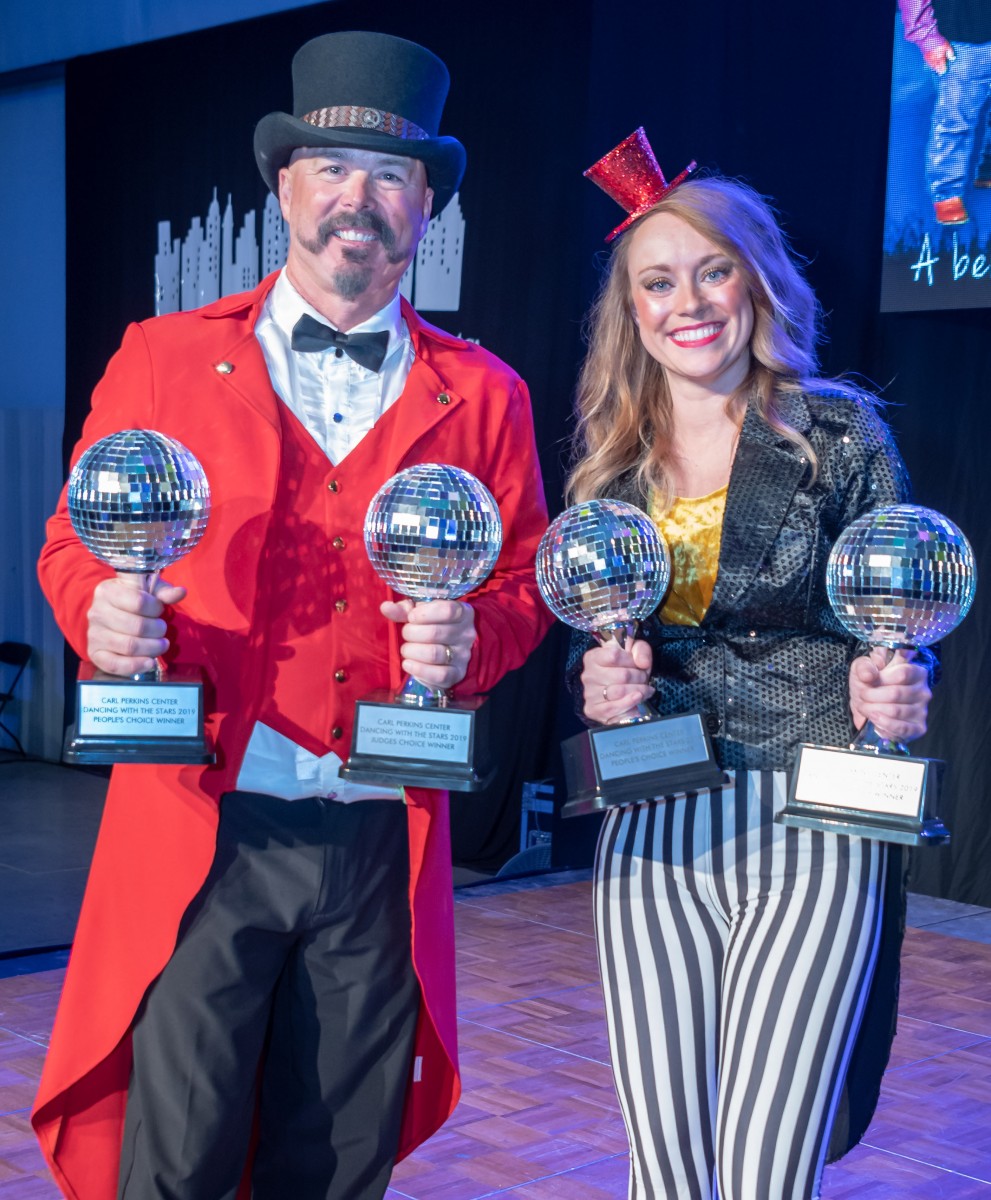 Taking home both the People’s Choice Award and the Judge’s Award for the Henderson County Carl Perkins Gala were Wes Odle and Cara Beecham.
Photo By: Jared James / The Lexington Progress

The Henderson County Carl Perkins Center for the Prevention of Child Abuse held another successful Dancing with the Stars event. The site was held at the Decatur County Fairgrounds this year, as attendance has increased with each event and has outgrown each of the venues used in Henderson County. Judges for this year’s event were Jody Pickens, Cassie Hallmark, and Tom Anderson, with David Small and Kellye Franklin serving as Master of Ceremonies. Wes Odle and Cara Beecham not only received the People’s Choice Award, but were also selected as the Judges Choice. Reign Britton, this year’s board president, said, “It was a wonderful evening. The gala was a great success. The Center is so grateful for the continued support of the residents of Henderson County. We are thankful to all the volunteers who helped make the event successful and especially grateful to all the dancers. Dancing takes a lot of courage and…