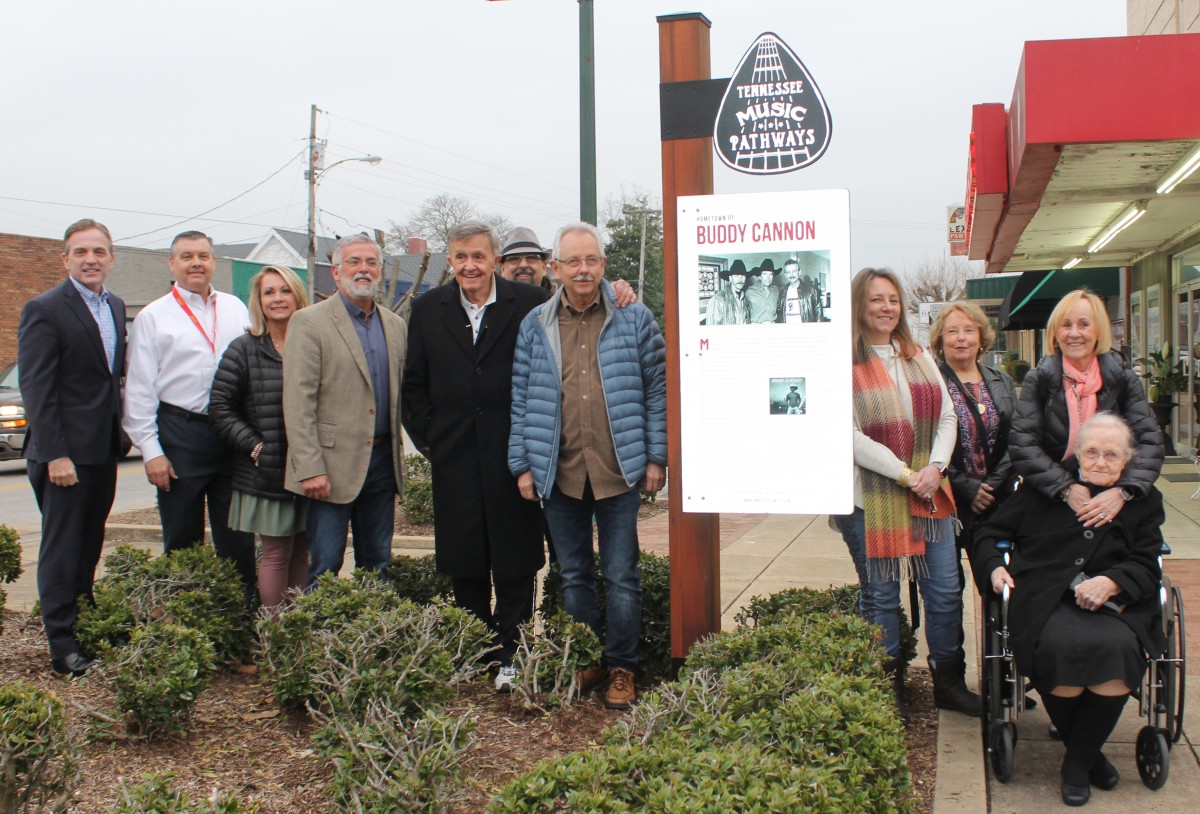 Buddy Cannon was honored with a sign, dedicated by the Tennessee Music Pathways series, in front of The Princess Theatre.
Photo By: W. Clay Crook / The Lexington Progress

The first sign in the Tennessee Music Pathways series was dedicated Saturday, March 2nd, in front of The Princess Theatre. The sign commemorates the life and career of Country Music songwriter, and Henderson County native Buddy Cannon. The dedication took place at 5:00 p.m. with the Commissioner of Tourism Development, Mark Ezell, on site for the event. Later Buddy Cannon, Whispering Bill Anderson, Chris Wallin, and Wynn Varble performed in another ‘sold out’ Songwriters Series event. Owner / operator of The Princess Theatre, David Watts, said that performances here “aren’t just musical events, but have to have a tie to the community.” He has been collecting information on past musicians, including…

For complete coverage, see the March 6th edition of The Lexington Progress.