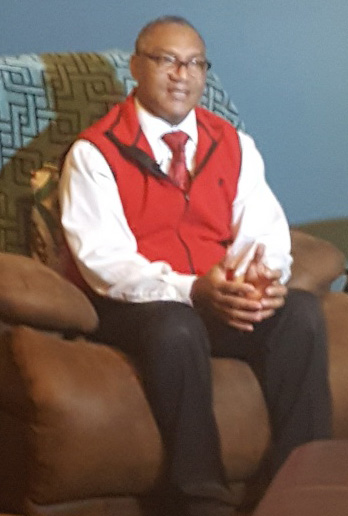 David Deberry was spotlighted for Black History Month during an interview with Josh Robinson, on Wednesday, February 6, 2019.
Photo By: W. Clay Crook / The Lexington Progress

The light from the news cam shown brightly on Lexington’s David Deberry as news anchor Josh Robinson began his interview on Wednesday morning, February 6th, at David’s home. The light from the camera was only about half as bright as David’s smile, as he began to talk about his volunteer work with children and with senior adults. Robinson said that they had been asking for local stories for Black History Month on people who have made a positive impact on the community, and many came in with David named as a candidate. You’ll often see him mentoring and volunteering at…

For the complete story, see the February 13th edition of The Lexington Progress.