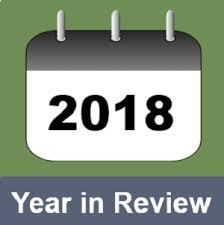 A review of the stories of 2018 in Henderson County, Tennessee.
File Photo / The Lexington Progress

January
The Parkers Crossroads Battlefield Association observed the 155th anniversary of the December 31st conflict, and The Princess Theatre made new history by being on a broadcast of National Public Radio as residents gathered and shared stories about the theater and the vintage popcorn machine. Both heavy ice and hail hit portions of the county, and the low temperatures were followed by several house fires. Brent Booth was named TBI Agent of the Year, and Cletus Wade (103) and Lois Yates (105) were recognized at Scotts Hill High School as the county’s oldest citizens. Suzanne Austin became the new director of the Lexington Senior Center, and a record eighteen candidates had submitted applications for the job of Henderson County Mayor.
February
The U.S. Marshals Service captured Jon Anthony Solberg, who had been seen fleeing the Lexington Inn, and Lexington Alderman John Casselberry submitted his resignation due to health concerns. Lexington received a $500,000.00 Home Rehabilitation grant, and Buddy Ray Small was indicted for the February 7, 2017 murder of William Jack “BJ” Ferguson.
Henderson County Mayor Dan Hughes delivered his final state of the county address, and there was a brief lock down at Pin Oak Elementary when shots were fired in the woods near the school. Although determined later that it might be hunters, the shots were too close to the school premises and the precautionary measures put in place worked out very well.
March
Alliance / Economic Director Teresa Jones submitted her resignation and county and city officials, along with the Chamber of Commerce filled in the gaps for the rest of the year.
Robbie McCready became the interim Public Works Director, later being granted the full position, and…

For the complete story, see the January 2nd edition of The Lexington Progress.