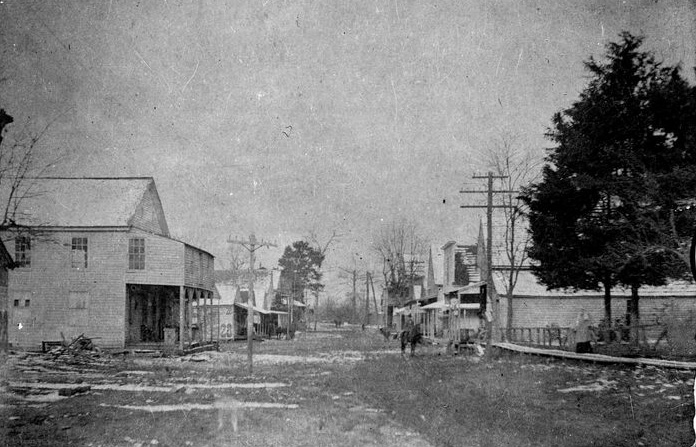 The photograph is believed to show the main town area of Scotts Hill, Tennessee before the year 1917.
Photo Submitted / The Lexington Progress

Local historian and Scotts Hill Heritage curator, David Austin, shared a photo of the most popular post of the collection for 2021.

“This is one of the photos that the Tennessee State Archives developed for us from negatives that we acquired,” said Austin. “The subject is the Scotts Hill main town area before 1917. We think that it is looking northwest.”

One of the viewers, James Brasher, explained some of the details of the pre-World War I view. “I think that is my grandfather James M. Brasher’s original store in the fore ground on the right. After it burned, he rebuilt a larger store that was still standing until the early 1950’s. E.E. Rhodes bought that building and tore it down.”

“I think those trees are in his front yard because his house was next to his store and they both burned down when the town fire of 1917. The second store survived a later fire, but the second house was…