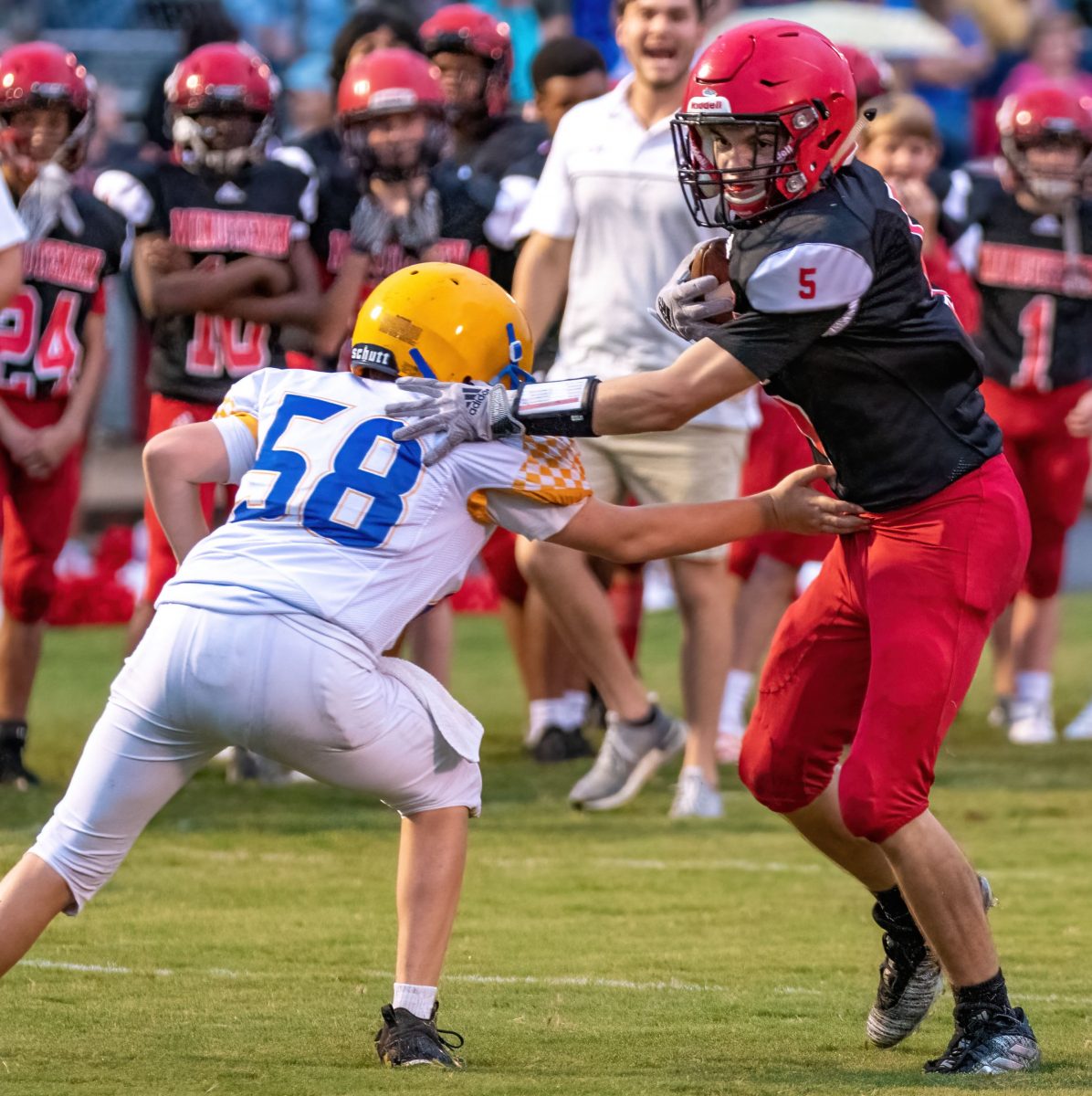 The Minutemen took the opening kickoff, after the coin toss was performed, and on the first play, Lexington’s Elye Pearson connected with Mason Beers for a 32-yard gain that got the Minutemen into Decatur County Middle School territory. Unfortunately, penalties by LMS stalled the drive and the Minutemen eventually turned the ball over on downs.

With Lexington Middle back on defense, the team held the Panthers to a punt on their first drive, to get the ball back for their own offense. The Minutemen would take over in Panther territory after a facemask penalty added 15 more yards on the punt return, which was fielded by…