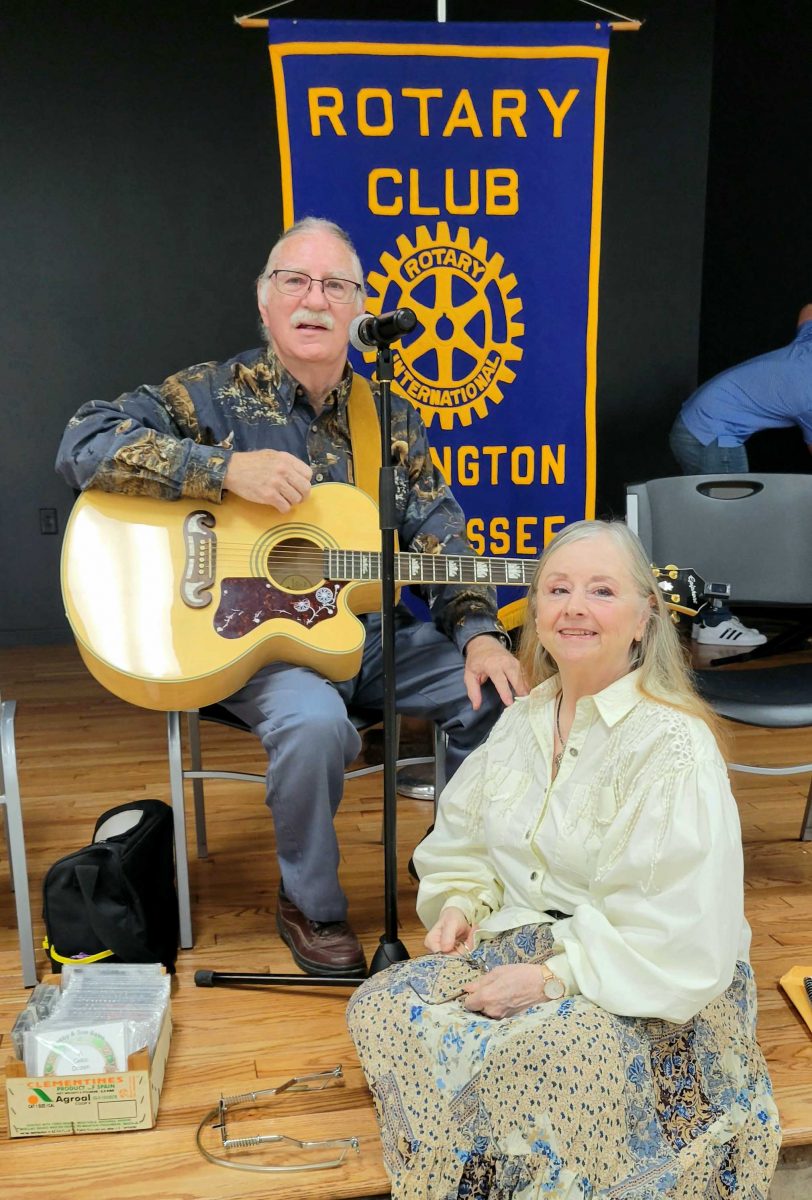 Bobby and Sue Bates were the special guests at the Lexington Rotary Club meeting held on Tuesday, September 28, 2021.
Photo by: W. Clay Crook / The Lexington Progress

Musicians Bobby and Sue Bates were the special guests of the Lexington Rotary Club at their Tuesday, September 28, 2021 meeting at First Baptist Church.

Bobby and Sue Bates live in the eastern portion of Henderson County and music is a rich and essential part of their lives. Both played the guitar for the music portion of the presentation, and Bobby spoke about his introduction into the world of music.

Bobby grew up in Hattiesburg, Mississippi in the late 1950’s. “If you wanted to learn music, there was no problem, there were churches and choirs all around,” he said. His father was a pastor and before Bobby was eight years old, the organist taught him how to read music, and how to sing. “On Friday nights, I went down to the black church and learned a different type of music,” he grinned.

He acquired his first harmonica “from the fellows across the tracks and down the streets. I didn’t know it at the time, but the man teaching me the harmonica was the best in the United States.”

He took music in college and played in different places. He later went to New York, “where you went in those days to make your way in music.” In playing the harmonica in Washington Square, someone winked and said, “I hear a little Mississippi in that!” and he ended up with a $100.00 tip. Later, he won a contest which led to a provisional contract with Columbia Records.

One of his first jobs was with Tom Jones. “I was a little taken aback by playing with a big name, but he was a really great guy.” He played with him four times and when he saw him twenty years later in Nashville, Jones remembered him. He’s met a host of great names from days gone by, including…