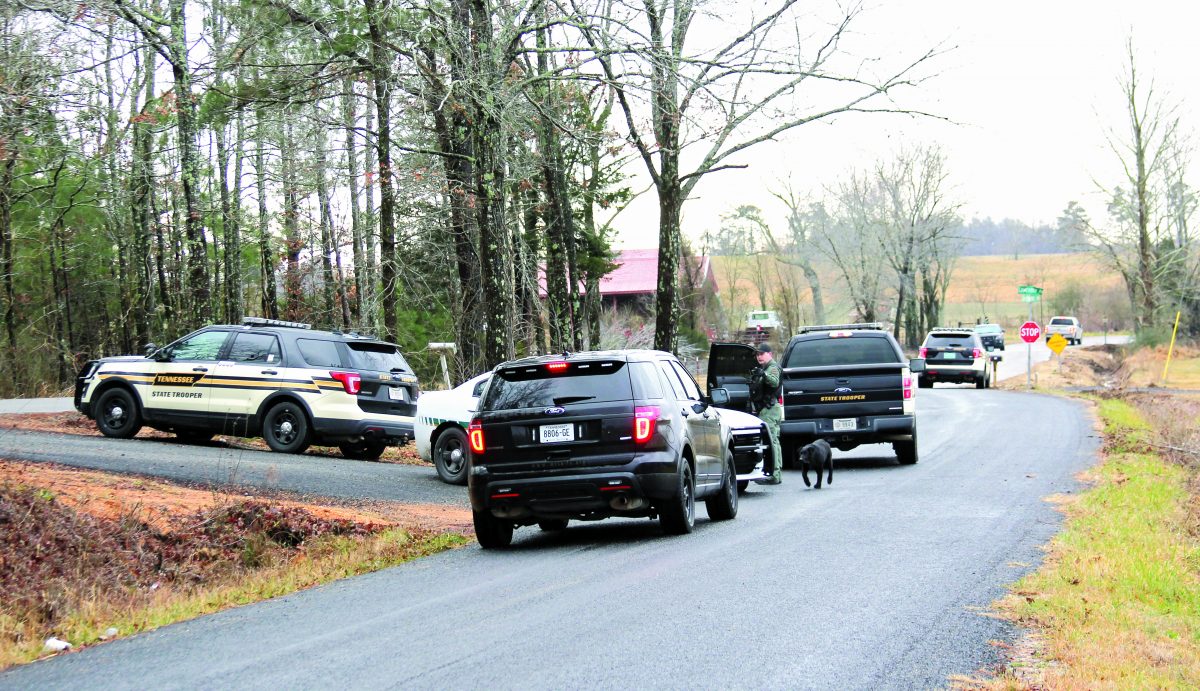 The Tennessee Highway Patrol is currently conducting a foot search for an individual on Henderson County, Tennessee.
Photo by: W. Clay Crook / The Lexington Progress

UPDATE:  The Henderson County Sheriff’s Department has shared the following information- “The Highway Patrol has called off their search. The person of interest is Christopher J. Graves and he was being stopped by the Highway Patrol for driving offenses when he ran. We do not have any other details at this time as we’re were not the pursuing agency.”

Vehicles from the Tennessee Highway Patrol are in the area of the 300 block of Lawrence Road at 8:45 a.m. on Monday, January 25, 2021. Vehicles have patrolled in the area around the 5,000 block of Poplar Springs – Bargerton Road.

Henderson County Sheriff Brian Duke said that the department has not been officially asked to assist as yet but believes the THP is conducting a foot search in that area for a suspect. One source said that it may be a local man who had been chased by the THP, entered a field by vehicle, and then fled into the woods. The suspect may be armed.

Henderson County Director of Schools, Steve Wilkinson, confirmed that that Bargerton Elementary had been alerted that there was a search in the area and at 9:50 a.m. was still on soft lock down.

For the complete article, see the January 27th edition of The Lexington Progress.