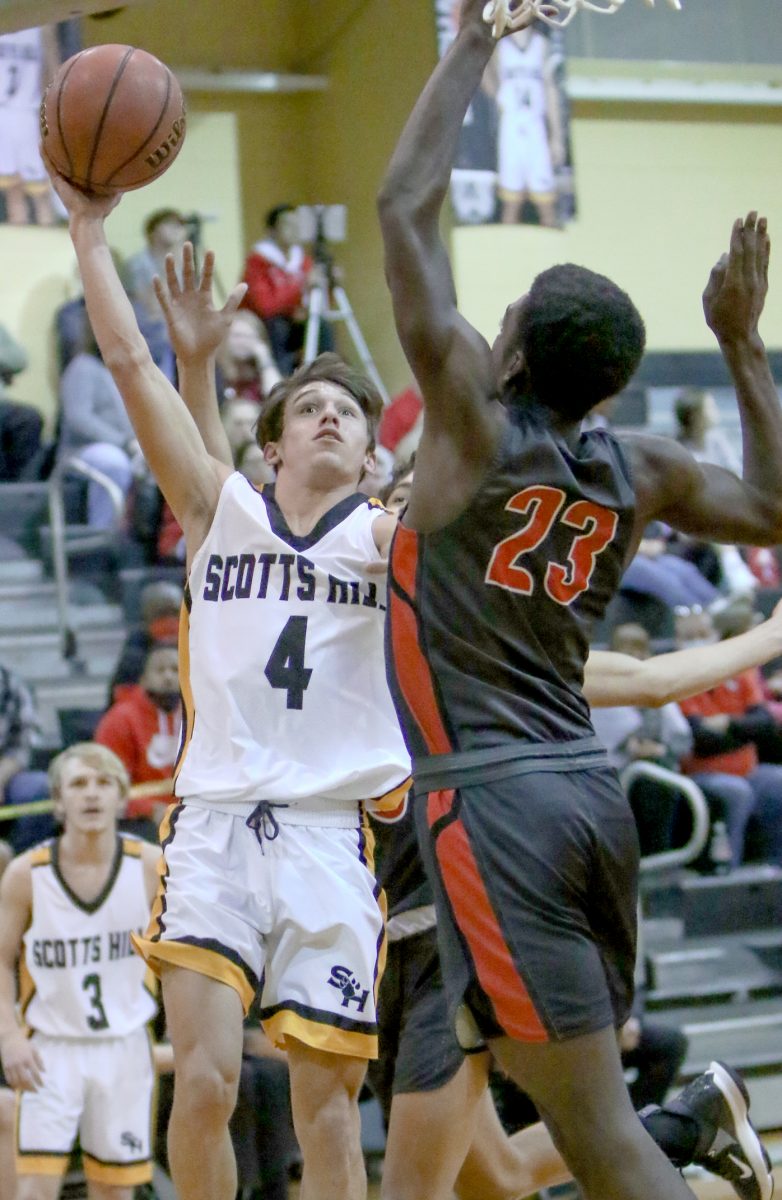 On Monday evening, January 12, the Scotts Hill Lions basketball team hit the road to face off against the North Side High School Indians. Showcasing their talent on the team, Scotts Hill found the night to be a success as the Lions didn’t trail at the end of any quarter. Scotts Hill would ultimately go on to claim the victory and beat North Side, 71-54.

Leading the way in scoring for the Lions was Riley McClain. McClain scored 32 points on the night. Luke Ledbetter followed by scoring 17 and Bryce Allard added another 14 points of his own. Colton Bailey accounted for 4 points against North Side, as well. Lane Martin and Jack Beecham each scored two points for Scotts Hill.

On the offensive side of the ball for Scotts Hill, Riley McClain and Bryce Allard both connected on two 3-pointers in the game. Zach Anglin was the leader in assists with 5 and Lane Martin had…