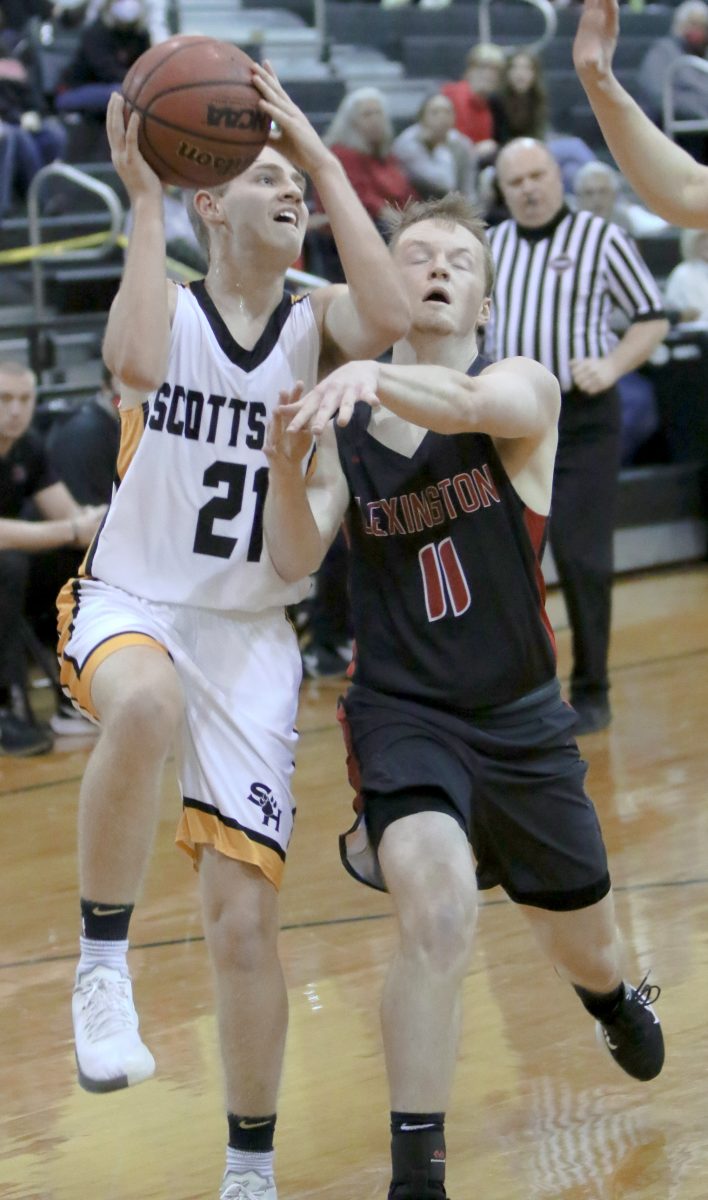 Last Friday night, January 15, the Scotts Hill Lions welcomed their in-county rival to their home hardwood. In hoping to be able to have their own bragging rights, Scotts Hill found themselves in a battle with the Tigers. A win for the home team was in sight, but the Lions just couldn’t quite get there. Scotts Hill would ultimately fall to Lexington, 43-55.

The first quarter wasn’t how each team was expecting it to go. The Lions were able to score 9 points and only allowed 5 points to start the game. In the second quarter, Scotts Hill had a better performance and scored 12 points. At the half, it was the Lions who were in the lead, 21-20. But in the third quarter is where the Lions found themselves in a bind. Scotts Hill only scored 10 points and allowed LHS to score 22. The Lions would score 12 more points in the fourth quarter as the game ended.

Coming away leading the Lions in scoring on the night was Bryce Allard. Allard scored 14 points for Scotts Hill. Luke Ledbetter accounted for 10 points and Riley McClain scored 6 points in the game. Ripken Clenny, Jack Beecham, and…