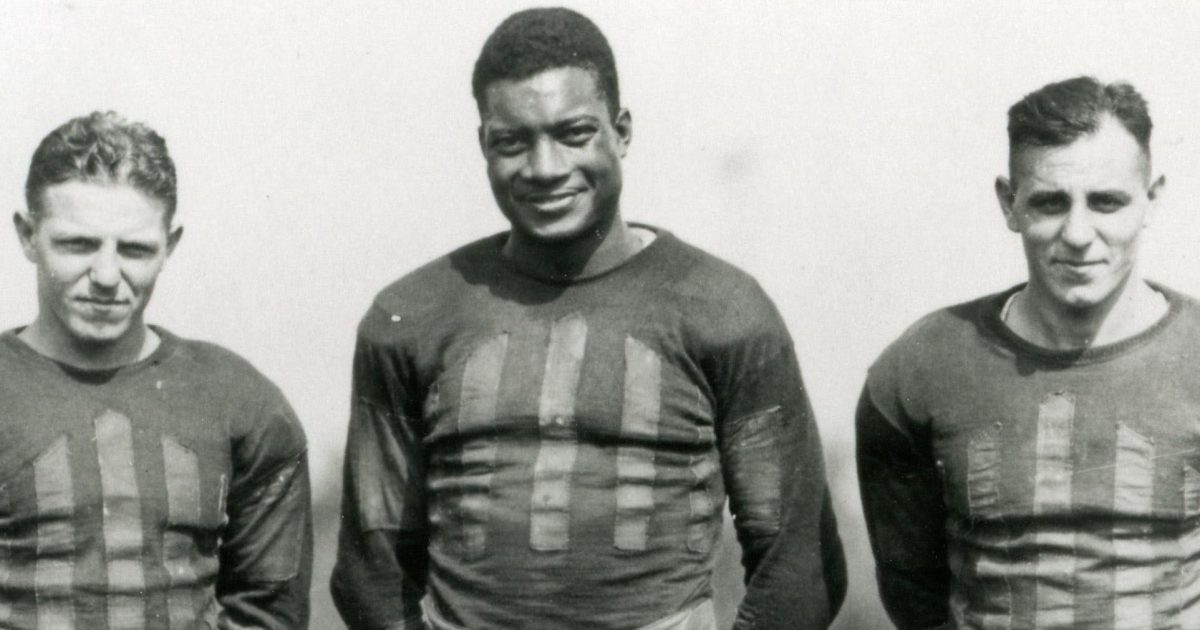 Jack Trice Stadium, home of the Cyclones in Ames, Iowa, was named for Jack Trice, who, in the 1920’s, was Iowa State’s first African-American college football player. He was also the school’s first athlete to die of injuries sustained from a game. What is lesser known is the famous athlete’s tie to Henderson County.

An African-American college football player in the early 1920’s is one of the national firsts. And although Jack was born in Ohio in 1902, his father was born in Lexington, near the Old Beech River Cemetery on Old Huntingdon Road. The cemetery was vandalized many years ago, and many of the monuments are pushed over, broken or crushed. The front part of the cemetery was used for the African American families in the area.

Jack’s father was Green Trice, who had left Henderson County after the Civil War and became one of the now famous “Buffalo Soldiers.” His parents were slaves on the Verbon Trice plantation. Verbon, son of Harrison and Gilla Barbee Trice, in 1860 lived in the area on Old Huntingdon Road between the Old Beech River Cemetery and what is now Cardinal Estates. The old two-story plantation house later became the home of…