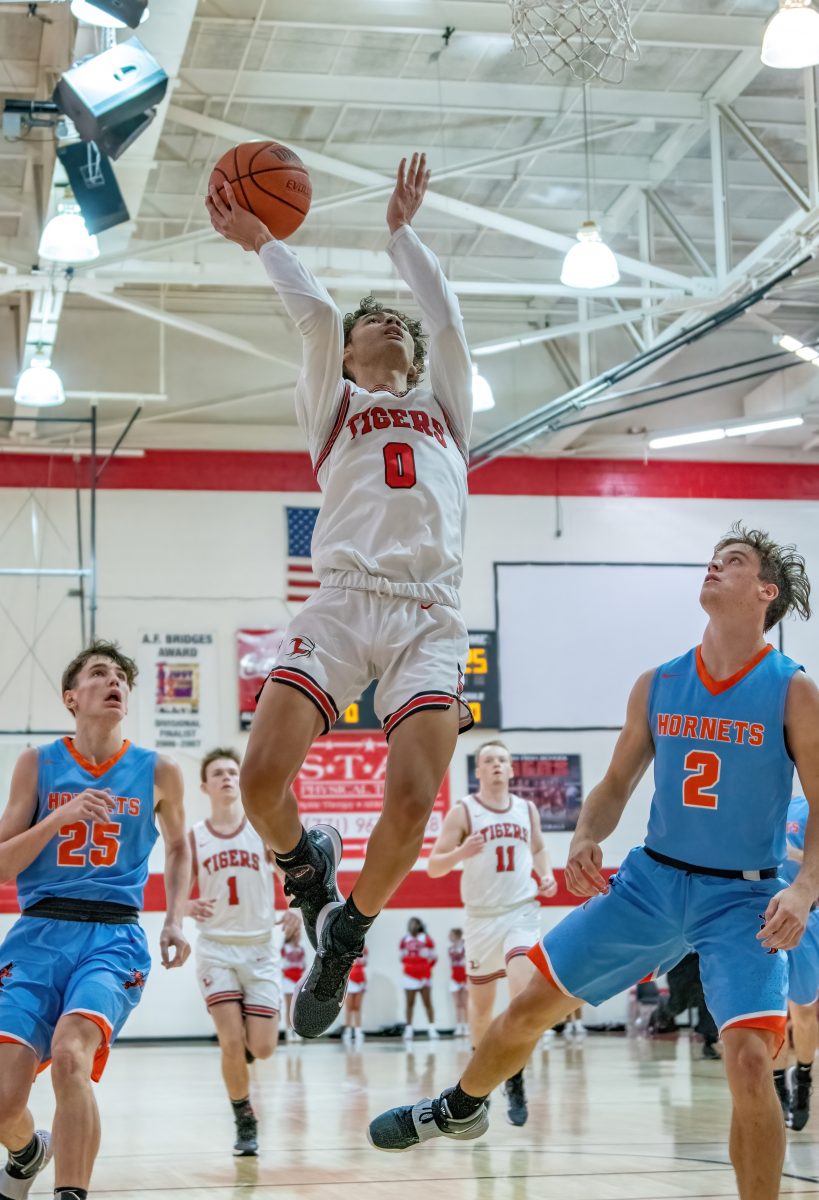 After having their two prior games cancelled due to the complications with COVID-19, the Tigers were able to get back on the court in front of their hometown crowd last Friday night, December 18. In welcoming the South Gibson Hornets to Lexington, the Tigers were up for a challenge. The Hornets of South Gibson would ultimately prevail and hand LHS a defeat by the score of 56-66.

Head Coach Keith Runyon said, “South Gibson is a great team. They have been to three substate games in a row and may go back again this year.”

The Tigers came out in the first quarter and scored 10 points, followed by scoring another 13 points in the second quarter. Lexington would go into halftime trailing by ten, 23-33. After coming out of the half in the third quarter, the Big Red Tigers would…