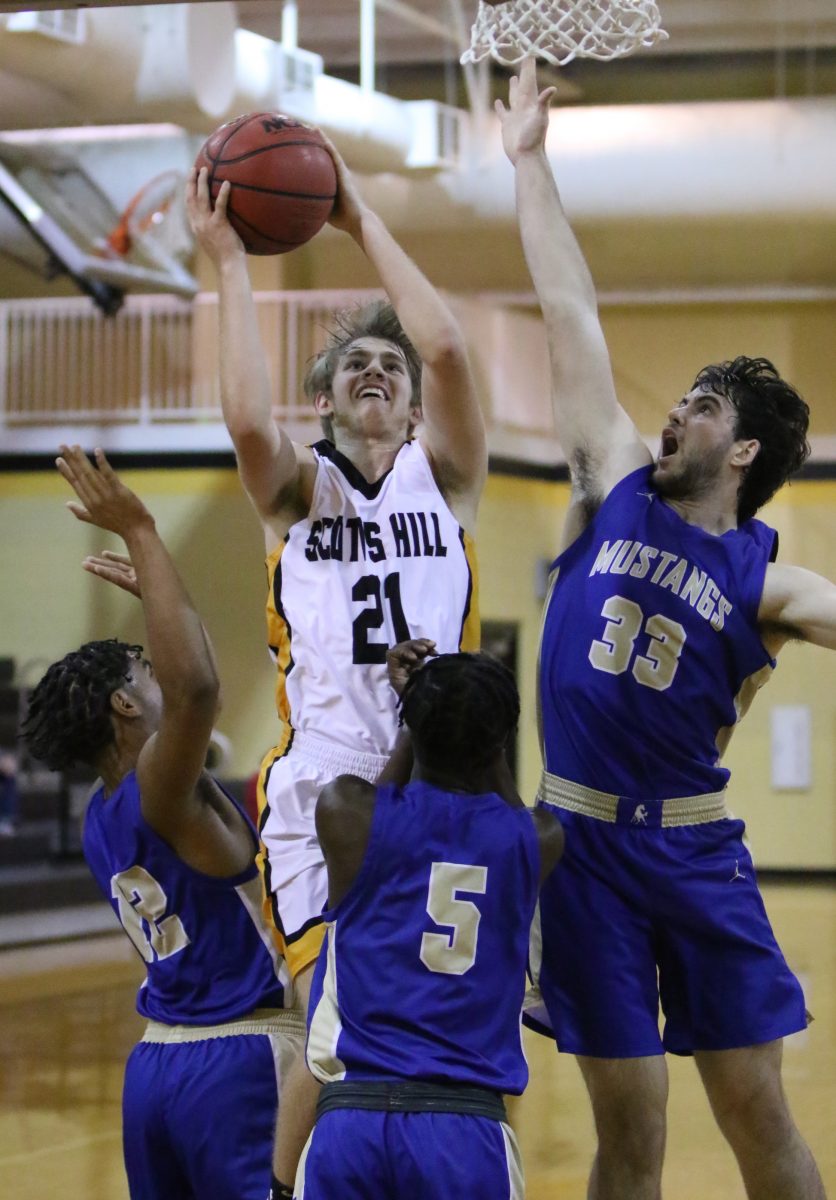 With it being their last game before the Christmas Holiday, due to upcoming tournaments being cancelled in regard to the spike in COVID-19 around West Tennessee, the Lions Basketball team hit the court to face off against the Huntingdon Mustangs last Friday night, December 18 at Chandler Gymnasium.

The Lions came out with their foot on the gas pedal and didn’t look to ease up on their way to the victory over Huntingdon.

Leading scorer Bryce Allard collected 26 points for Scotts Hill. Riley McClain was close on his heels in scoring 25 points for the Lions. Luke Ledbetter was next up, scoring 10 points and Zach Anglin was right behind him in putting up 9 points of his own. Lane Martin produced 8 points for the Lions’ team. Both Jack Beecham and Riley Jowers rounded out the scoring for Scotts Hill by each scoring two points in the contest.

While starting the game with a big lead in the first quarter, the Lions ended up scoring 25 points to Huntingdon’s 11 to start the game. In the second quarter, Scotts Hill scored another 14 points and Huntingdon put up…