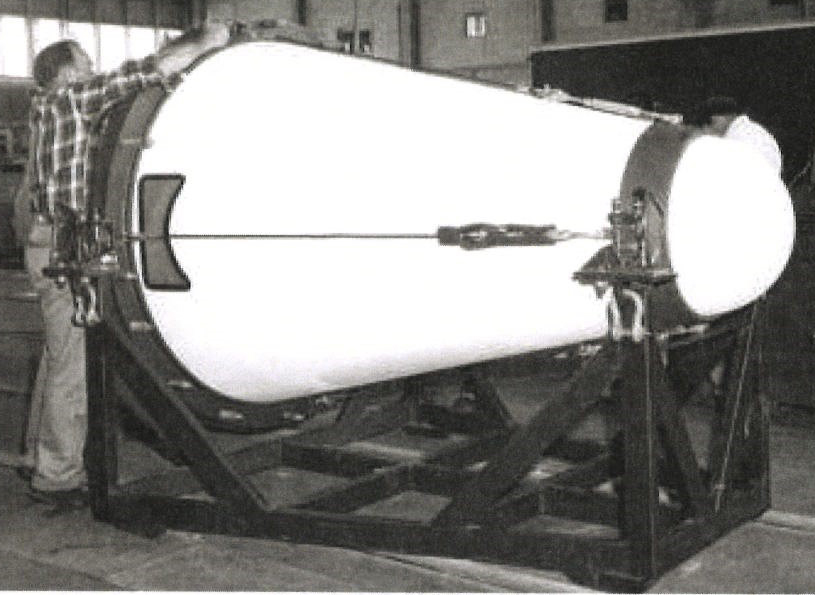 The late Leon Edgar Britt is shown in this photograph working on the nose cone of one of the Redstone Arsenal space missiles.
Photo submitted / The Lexington Progress

A former Scotts Hill man, the late Leon Edgar Britt, is to be remembered on the National Aeronautics and Space Administration’s Walk of Fame. The NASA Walk of Fame is located in Titusville, Florida. Although Mr. Britt’s family was originally from Decatur County, he was born in Oklahoma, and eventually made their home in Scotts Hill. These were hard times across the country and Britt had to drop out of school during the Great Depression to help support his family. One of his regrets was not being able to complete his education with his classmates, but he still became a highly skilled, self-sufficient mechanic.

He joined the U.S. Navy at the start of World War II and became an active member in three of the nation’s three “seemingly impossible” jobs. The first impossible job was becoming a member of the salvage crew at Pearl Harbor. It was a desperate attempt by this country to repair what was left of the destroyed U.S. Naval Fleet after the Japanese attacked Pearl Harbor. The fleet had to be back in operation as soon as possible due to the…