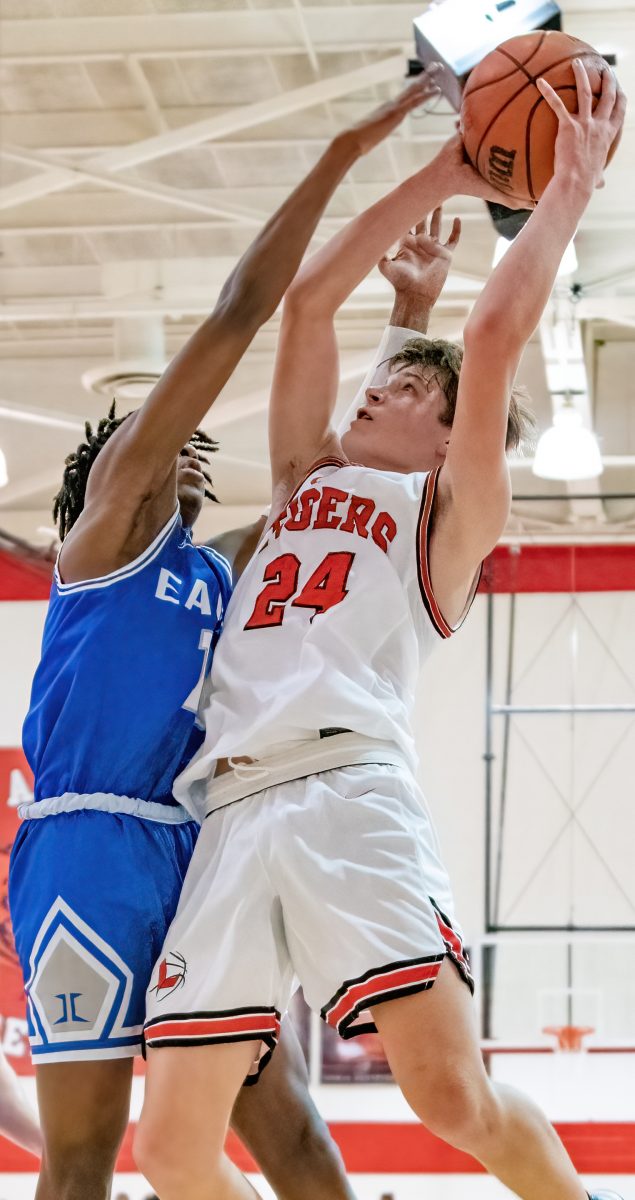 In a December 1, 2020 matchup with Jackson Christian School, the Lexington Tigers found themselves in a dog fight with the Eagles from JCS. In a close game that was decided by under five points when it was completed after going into an overtime period for a second straight game, the Big Red found themselves on the short end. The Tigers came away defeated in this contest by a final score of 58-57.

Lexington was able to spread the scoring across many players on the roster during this game. The leader in points in this contest was Rocky Hurley, who scored 11 points for the Tigers. Caleb Gorden was able to score 10 points and Michael Leslie finished with 9 points. Wyatt Davis put up 8 points during the game and Tristin Roberts had 7. Rodarius Transor scored 6 points in the game and Clay Shannon collected 4 points. Tanner Neisler rounded out the scoring for the Tigers by scoring two points.

Coach Runyon shared, “I’m proud of how our team fought back in the second half and we have lots of positives. We are 2-2 this season with both losses coming in overtime and we will get better. Especially now that we have…