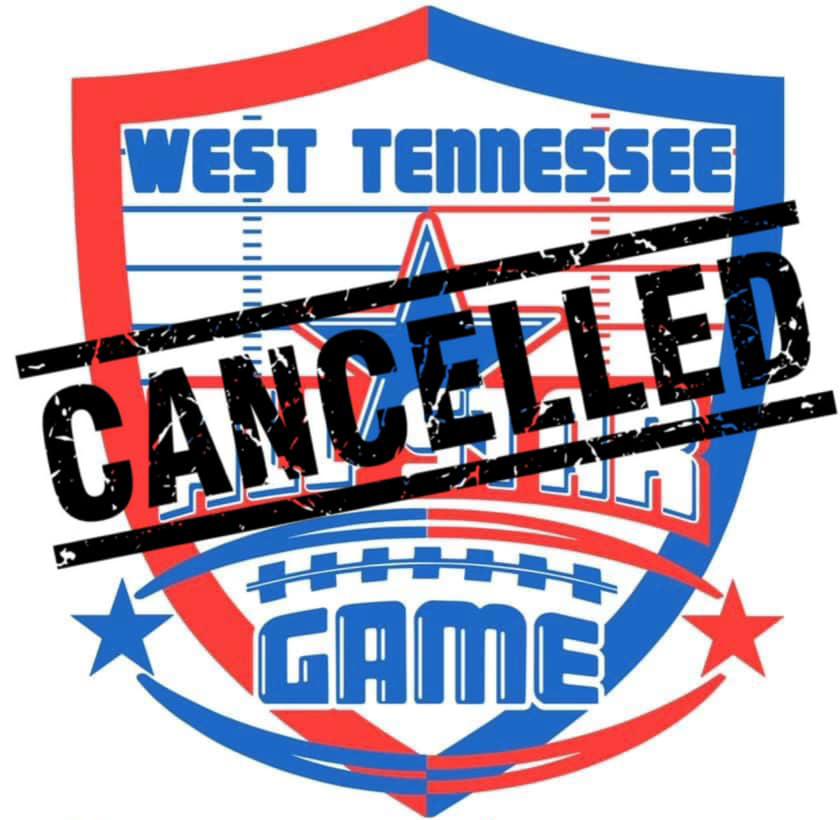 The 2020 West Tennessee All-Star game announced the cancellation of the event on November 23, 2020.
Photo Submitted / The Lexington Progress

The West Tennessee All-Star Football Game presented by Sports Plus Rehab Centers was originally scheduled to be played on December 11, 2020 at the University School of Jackson. Kick off time was set for 7:00 p.m. On Monday, November 23, 2020 is was announced that the game had been cancelled due to the current situation in regard to COVID-19.

This was the 9th year that the West Tennessee All-Star Football game would have been played and the game brings in players from approximately 40 school across West Tennessee. According to the West Tennessee All-Star Football Game Facebook page’s post, it was shared that, “Again, this was a difficult decision to make but for the health of all of our communities, we know it is the responsible thing to do. We are going to be thankful that we completed a football season and that these deserving seniors earned this honor.”

Lexington High School was well represented again as many of the players were named 2020 all-stars. The list of players that were selected to this year’s team for the Big Red were Klayton Acred, Cameron James, Hunter James, Jaylen Montague, Allen Scott, Carter Shaull, Jordan Smith, Andrerius Swift, Josh Williams, and Connor Wood.
The Scotts Hill High School Lions Football team also had one player to be selected as an all-star for the 2020 West Tennessee All-Star Football game. Andrew Daniel was the selection to represent the Lions football team during the game.

For this and other interesting articles, see the December 2nd edition of The Lexington Progress.