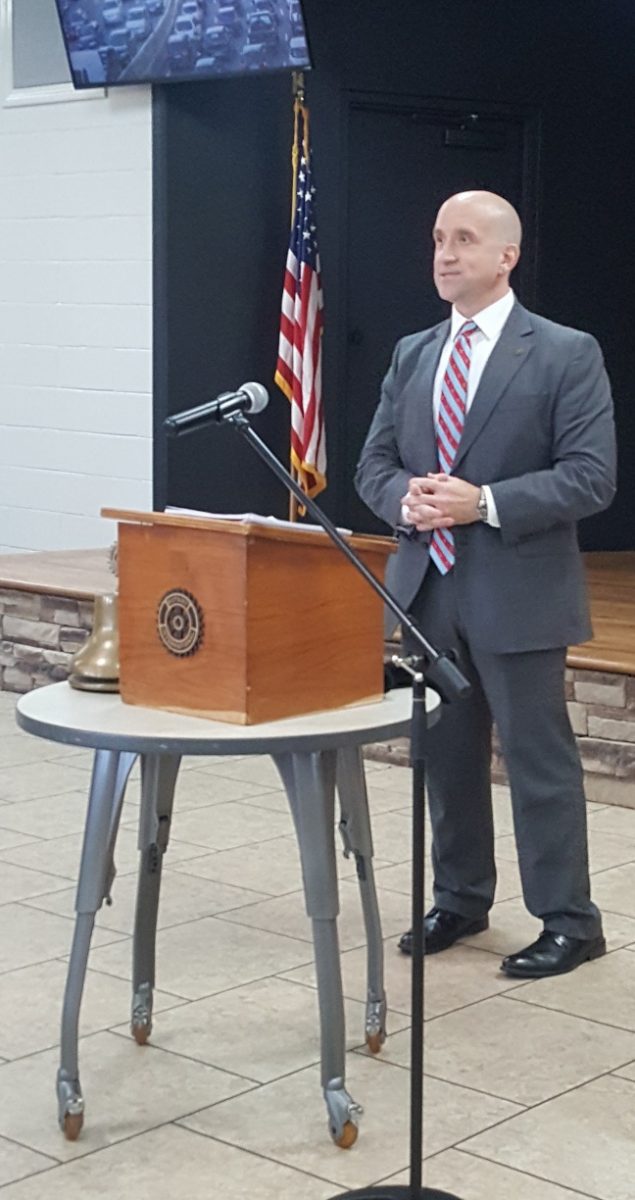 Don Roe, Head of School for the University School of Jackson, was the guest speaker at the Lexington Rotary Club meeting on December 1, 2020.
Photo by: W. Clay Crook / The Lexington Progress

The special guest speaker for the December 1, 2020 Lexington Rotary Club was Don Roe, Head of School for the University School of Jackson, which was formed in 1970. Roe is a lifelong West Tennessean and has been at USJ for over twelve years and became Head of School in 2020.

USJ has about 1,000 students and about 200 employees. The campus is on a 130 acre site, and the average student ACT score is 27. The school constructed a new football field for their team, the Bruins, about two years ago, and had just completed an onstage performance of Grease when the pandemic hit in February. The last day they were in class was March 13th and had to quickly transition to virtual classes for the next eight weeks.

They restarted school on August 13th and have been in school each day since then. “It hasn’t been virus free and it hasn’t been easy, but we…