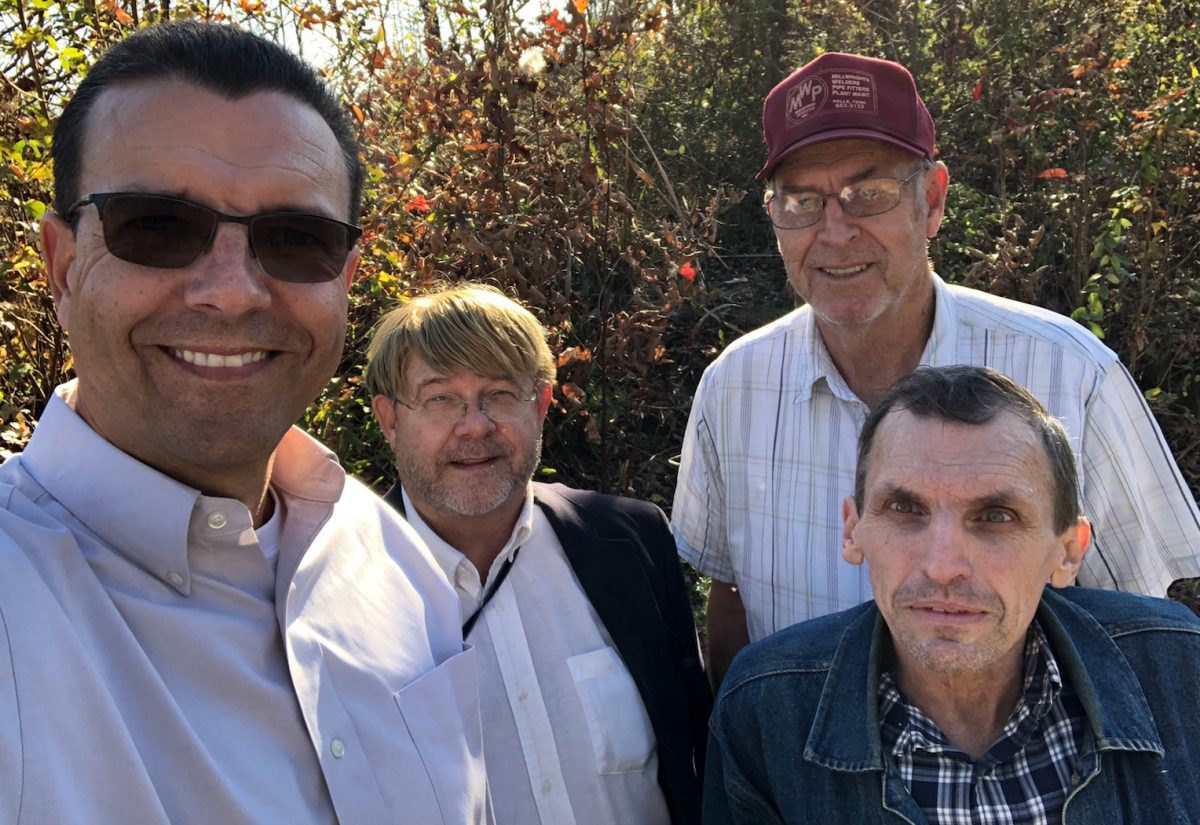 Over the years I have heard of at least three possible sites for the Scotts Hill “volcano,” the meteorite crater that was made on November 13, 1833. After publishing a story about the event an opportunity arose to search out one of the spots. Local Scotts Hill historian, David Austin, and Henderson County Historian Phillip Renfroe met with me on Thursday, November 19, 2020 to be guided by Sardis Mayor J.W. Creasy to the volcano site that he visited as a boy.
We had gone south of Doe Creek School and Cemetery and turned left onto what some maps call Mary Alice Lane, but others call Doe Creek Lane. The road dead-ends on Liberty Road. After crossing perhaps the Henderson County line into Decatur County, then the creek and going about halfway up the hill we stopped at a wooded area on the right and got out.

“Everyone talked about the site,” Creasy said, as we walked just a short distance to a large hole, about 60 feet in circumference and a good fourteen feet deep on one side. The lip or ridge from what could have easily been from a meteor impact crater was still visible. Just a short piece up the road David Austin said was the original settlement of Micajah Scott, for whom Scotts Hill was named. David said that there was another portion of the road named Mary Alice and that site there was just a slight depression. Gordon Turner’s account also described a slight depression. David thinks we can find that spot as well. As for the crater we found, well, it’s…