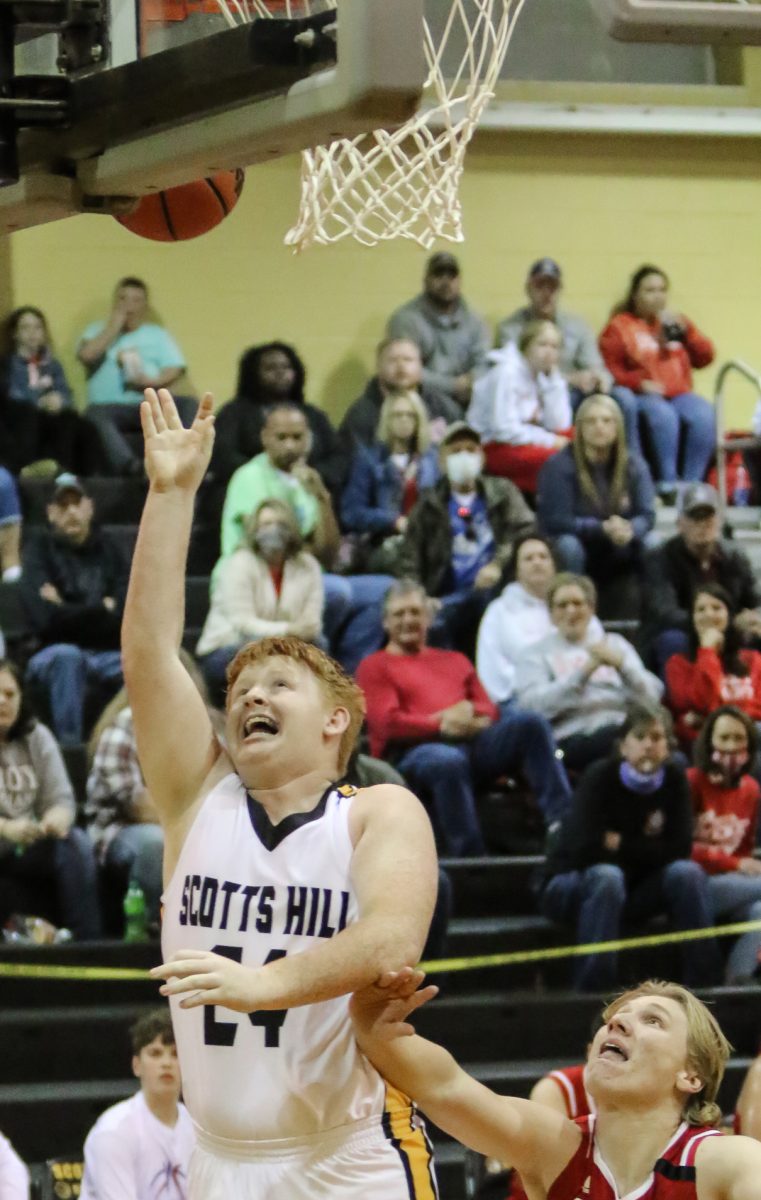 On Monday night, November 30, the Scotts Hill High School Lions Basketball team hit the road to travel to Carroll County and take on Carroll Academy. The Lions had no problem in taking care of business that night as the team would have their way on the hardwood that evening. The game was seemingly decided by halftime and the Lions would cruise in the second half on their way to a victory. The final score of the game was 70-20, in favor of Scotts Hill.

Leading in scoring on the night for the Lions was Alex Chandler, who had 13 points. Bryce Allard was next in line scoring 10 points, followed by Luke Ledbetter who scored 9 points. Riley McClain had 8 points for Scotts Hill and Ethan Hayes scored 6 points during the game. Jack Beecham and Ripken Clenny had 5 points on the night. Clint Powers, Carson Liles, and Lane Martin each scored 4 points and Zach Anglin rounded out the scoring with 2 points in the game.

Bryce Allard, Luke Ledbetter, Lane Martin, and Ripken Clenny each had one 3-pointer made in the contest, also. Alex Chandler led in rebounds with 12, while Clenny followed with…