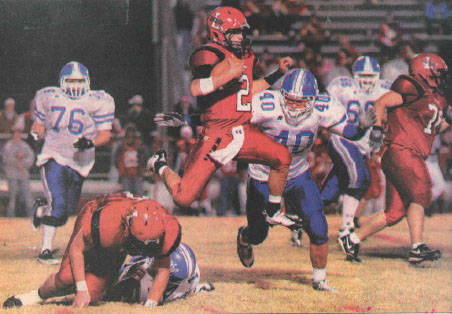 This week’s Lexington High School semi-final football matchup with Haywood County brings back memories of past quarterfinal games Lexington has played; one being the 2010 game with Memphis Trezevant played at Greenhill Stadium. Lexington went into the game with Trezevant after beating White House, the same school the Tigers beat earlier in this year’s playoffs, 28-6 in a home game earning their way to the semi-final game.

Lexington went on to lose the Trezevant semi-final game by the score of 26-7, a game Lexington fans remember as having issues of rough play and questionable officiating! Lexington has been in one other semi-final games, a 1979 home game, losing 7-0 to Humboldt. On the year, the 1979 team went 12-1, and the 2010 team 11-3. This year will be Lexington’s third attempt of winning a state semi-final game in order to advance to the Tennessee State Class 4A final game in Cookeville, Tennessee. Lexington sports a 12-1 record this season prior to their upcoming game this Friday night.

The 2010 Lexington team featured two outstanding offensive players in running back Ryan Halliburton and quarterback Kerry Sellers. Per The Lexington Progress article in 2010, through the White House game, Halliburton had rushed for 1,107 yards on the year and scored 20 touchdowns; Sellers had rushed for 997 yards and scored 28 touchdowns. Sellers was a junior in 2010 and finished his senior year with an outstanding year and went on to have a great college career playing quarterback for Bethel University in McKenzie, Tennessee.

In comparison to those prior players mentioned in the 2010 game, this year’s LHS Tigers have a…

For complete coverage, see the November 25th edition of The Lexington Progress.