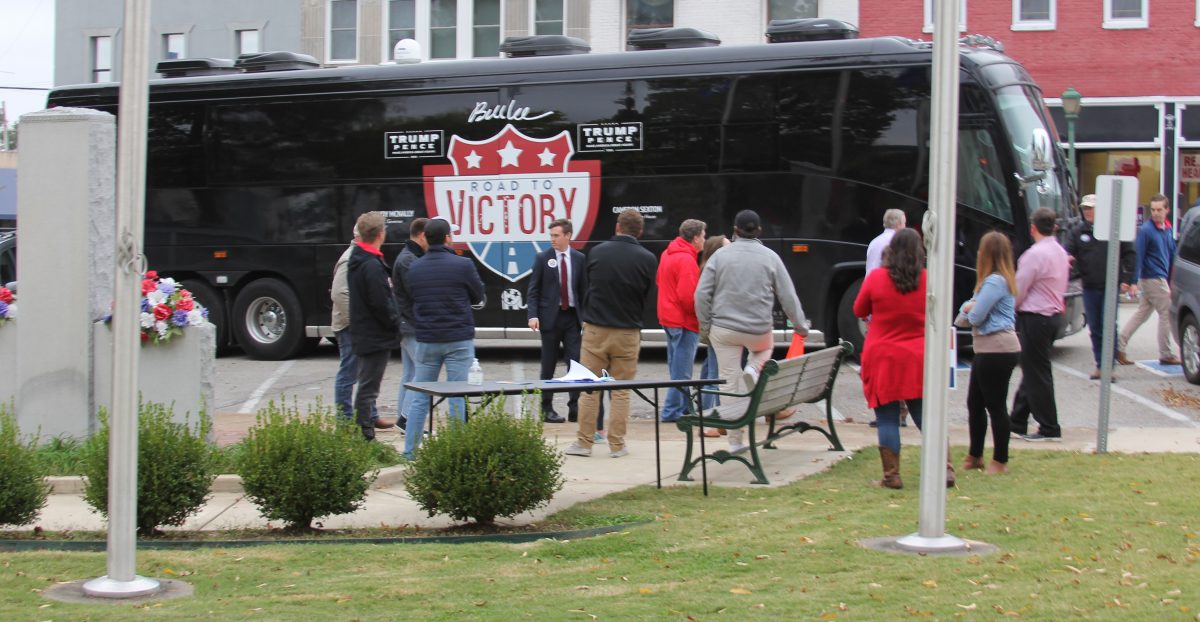 The Republican Road to Victory bus was stopped on the west end of the Henderson County Courthouse on Monday, October 26, 2020.
Photo by: W. Clay Crook / The Lexington Progress

At 3:30 p.m. on Monday, October 26, 2020, there were already people gathered at the west end of the courthouse to greet the Republican Road to Victory bus.

The bus tour was in its sixth day of travel across the state with Tennessee House Speaker Cameron Sexton on board.  Meeting the bus were some of the local officials, as well as State Rep. Kirk Haston and State Senator candidate Page Walley.