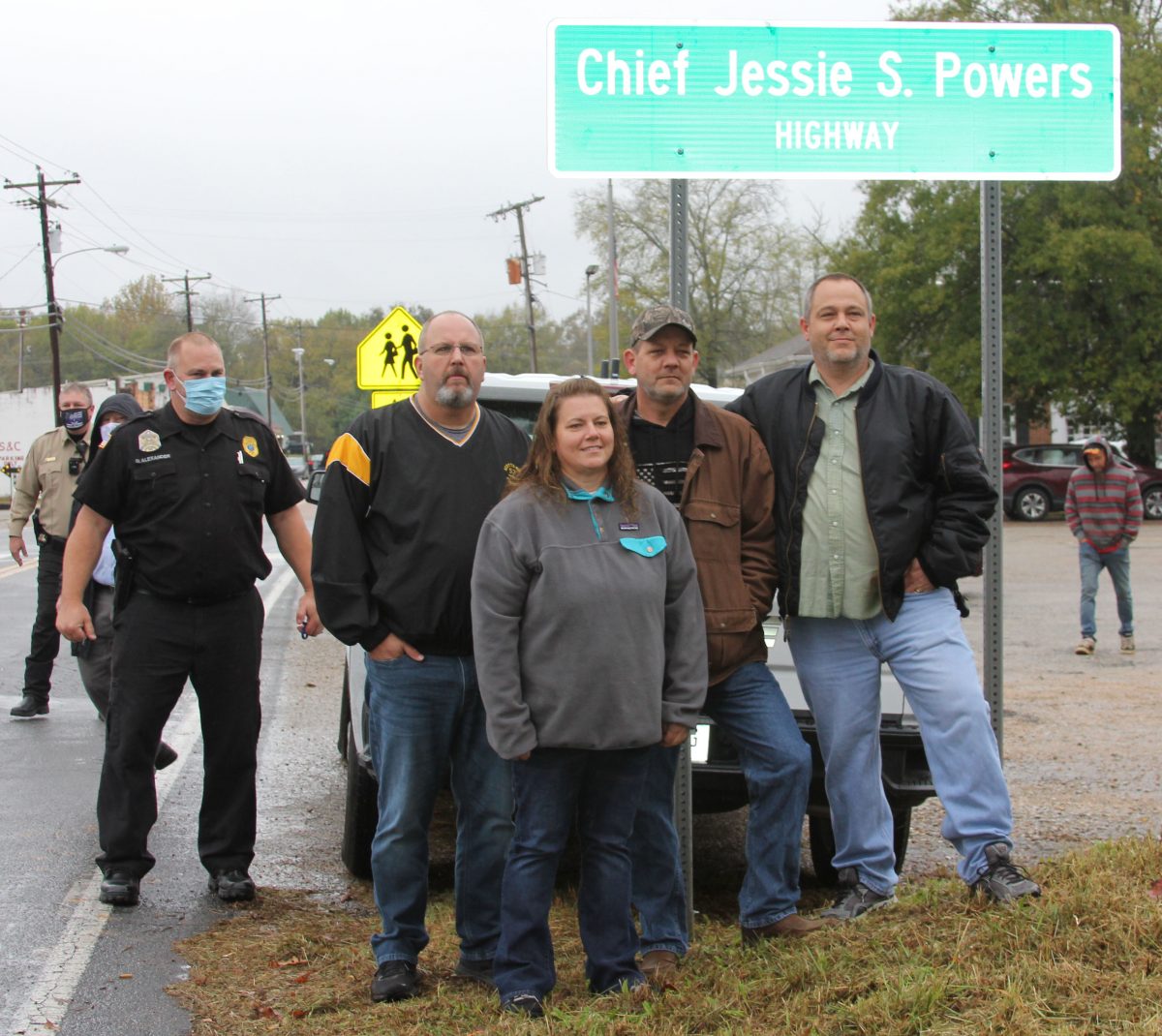 A portion of Highway 114 in Henderson County was dedicated to former Police Chief and Mayor of Scotts Hill, Jessie S. Powers on October 24, 2o20.
Photo by: W. Clay Crook / The Lexington Progress

“There is not a longtime law enforcement officer within ten counties that did not know Jessie,” said Decatur County Sheriff Keith Byrd. “If I was going someplace where some one was hurt or there was a killing, Jessie was the one I would have wanted with me. He was one in a million.”

Scotts Hill Mayor Kenny Parrish called one after another to tell a story or share a memory about a man that made Scotts Hill an essential part of his life, and became, in turn, the essence of the community. Friends, family, neighbors, law enforcement and many others turned out on Saturday, October 24, 2020 to dedicate a portion of…