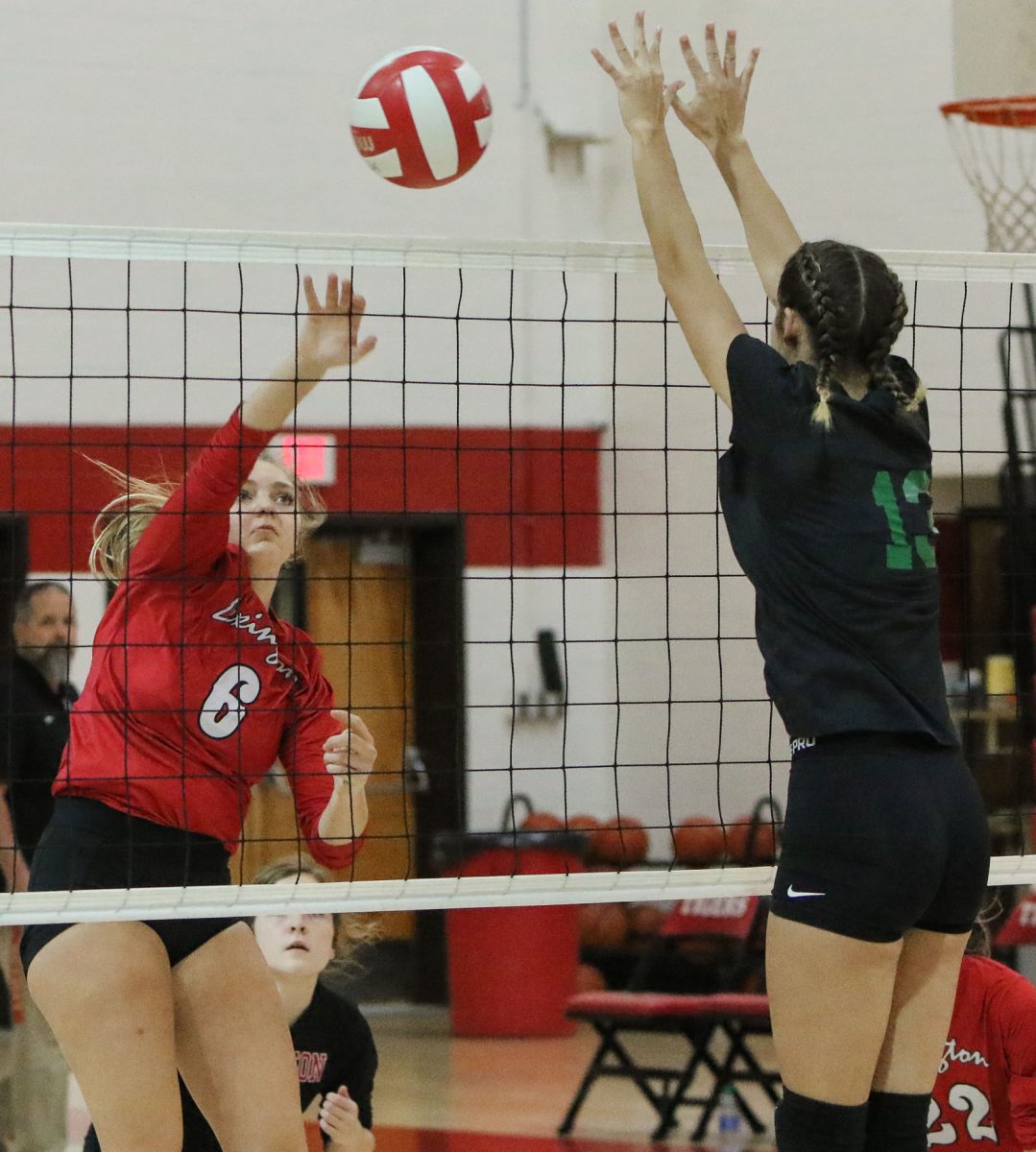 The Lexington High School Lady Tiger Volleyball team played in a couple of games last week to round out their regular season schedule. Lexington played host to Bolivar on Tuesday night, September 29 and then the Lady Tigers hosted the Lady Bruins, from USJ, last Thursday evening, October 1. Lexington was able to secure a victory against Bolivar but came up short against USJ. The Lady Tigers were the 2nd seed in their district, and they had an overall regular season record of 17-10, with a final regular season district record of 7-3.

During the Tuesday evening matchup against Bolivar, the Lady Tigers secured the win in three sets 25-10, 25-15, and 25-10. Ellie Smith was the leader in kills with 16. Callie McDonald, Preslee Doner, and Mykenzie Duke had 5 kills each. McClerkin recorded 3, followed by Sanders with 2 and Atchison with one. Kylie Atchison also led in assists with 20. Kenzie Reeves recorded 2. Ellie Smith had one block during the match for Lexington. Emmy Corbitt led the way in digs with 5. Smith and Owens each had 3 digs a piece. Owens also led in aces with 5. Following her were McDonald and Mykenzie Duke, who each had 2 aces. Corbitt and Reeves recorded one ace each. The service point leader in this match was…

For the complete story, see the October 7th edition of The Lexington Progress.