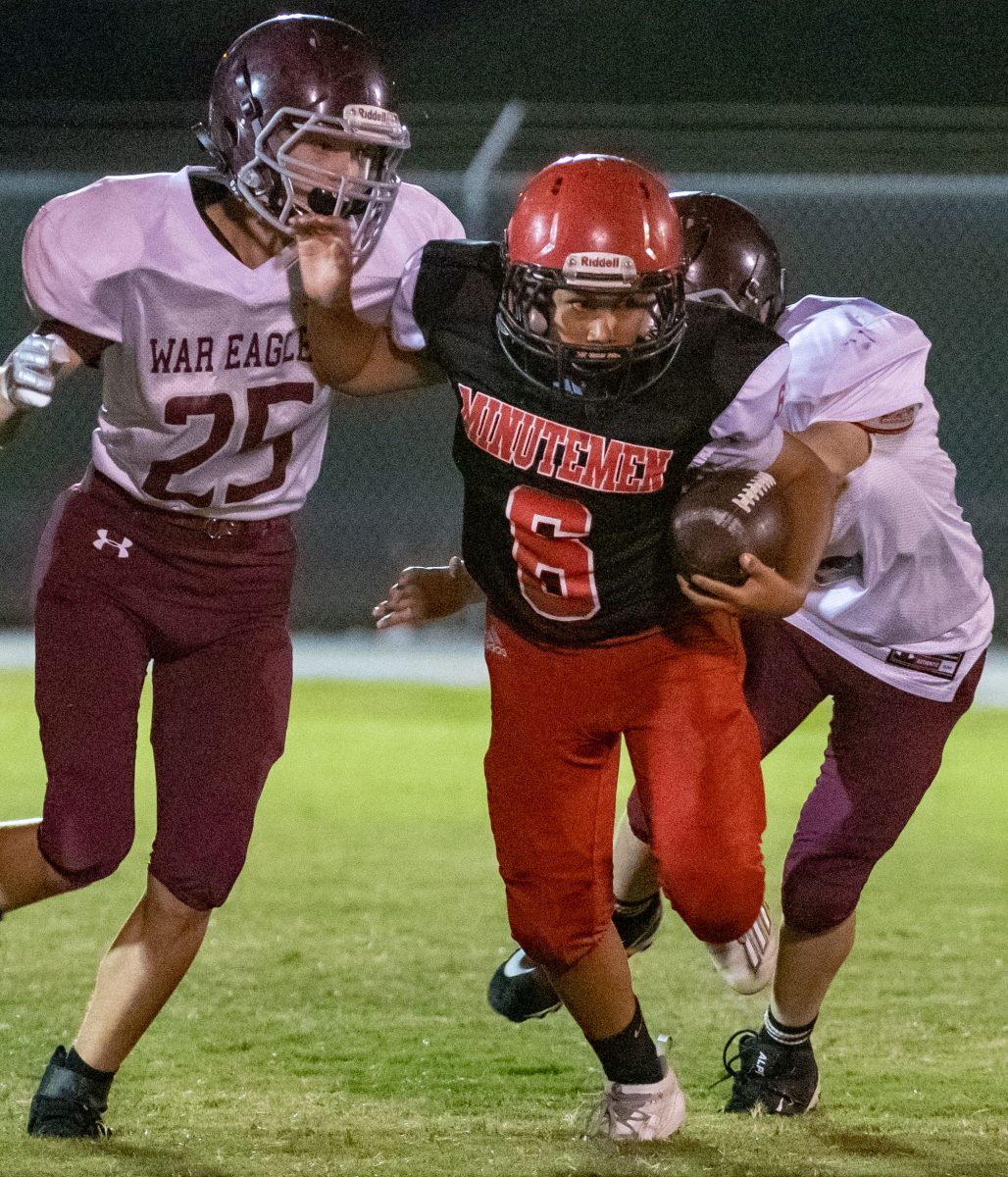 The Lexington Middle School Football Homecoming festivities were held last Tuesday night before the kickoff of the LMS football game. With the crowd gathered and spectators watching the Minutemen faced West Carroll to settle the score on the field. It didn’t take long for Lexington Middle to show their dominance and the Minutemen football team went on to claim the homecoming victory, with a final score or 34-14.

West Carroll took the opening kickoff of the game and a smothering Minutemen defense pushed them back in their own territory. A fourth down stop, by the defense, gave the Minutemen the ball at West Carroll’s 20-yard line. After an offsides call on West Carroll, Tylan Scott took the first handoff 15-yards for a touchdown. The 2-point was unsuccessful and LMS led 6-0.

The Minutemen defense stopped West Carroll, once again, on 4th down on their next drive to get the ball back. After a couple of nice runs by Ross McDaniel and Amarion Arnold, the Minutemen were…