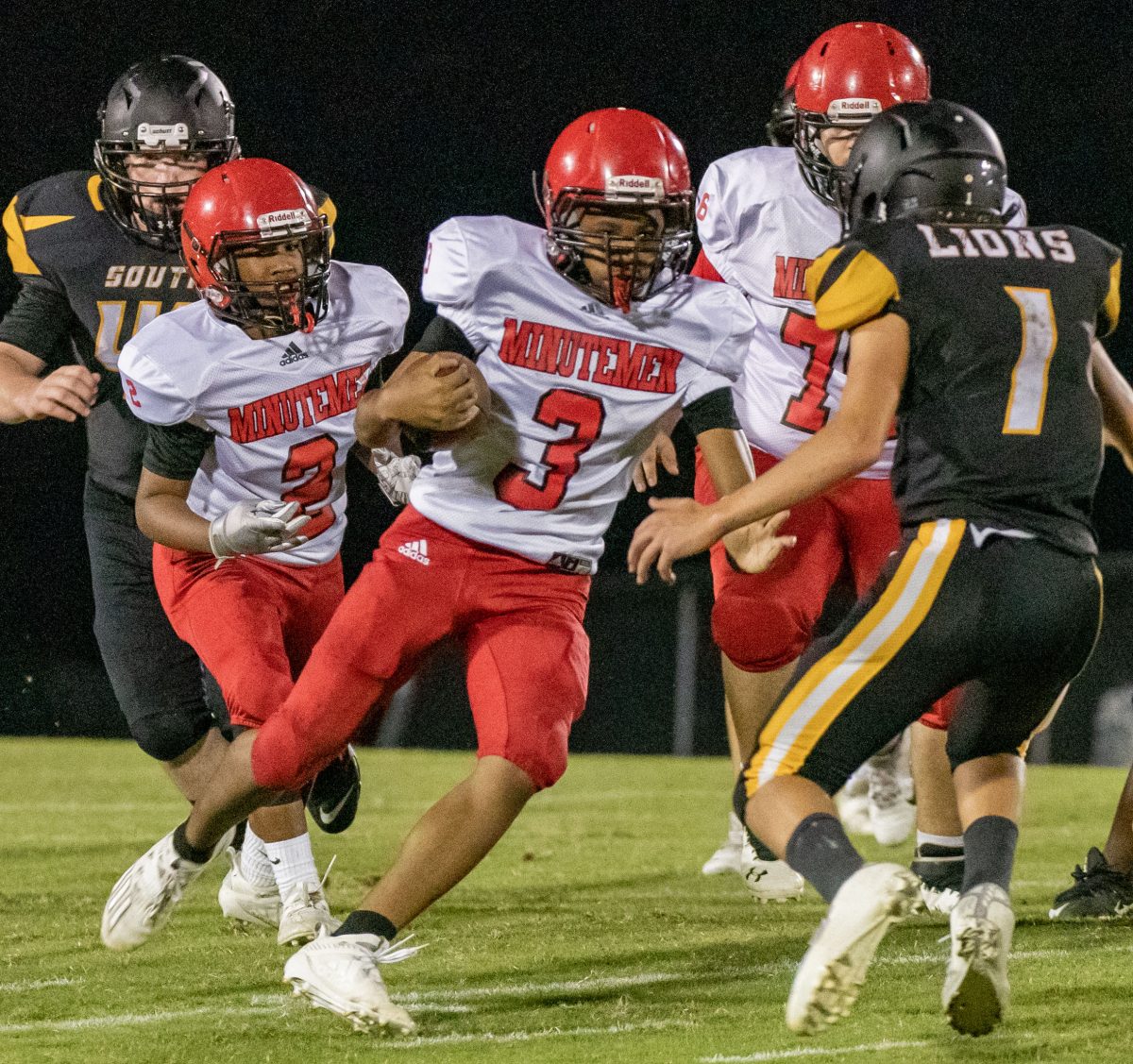 Last week, LMS took to the road to head to the southern part of Henderson County to take on the Henderson County South Middle School Football team. The Minutemen travelled to Scotts Hill to play the Lions last Thursday night. In a thrilling game, LMS got back in the win column, a much-needed victory after a losing streak had been hampering the team. Lexington took the game by a score of 30-14.

The Minutemen took the opening kickoff and on the second play of the game, Amarion Arnold broke a 46-yard touchdown run to put LMS in the lead early. Scott added the 2-point conversion and Lexington led 8-0.

The LMS defense then stopped the Lions on their opening drive and forced them to punt. The Minutemen took over on their own 20-yard line. After an incomplete pass, Arnold once again took the direct snap at quarterback and behind great blocking by the offensive line, he darted 80-yards for the…