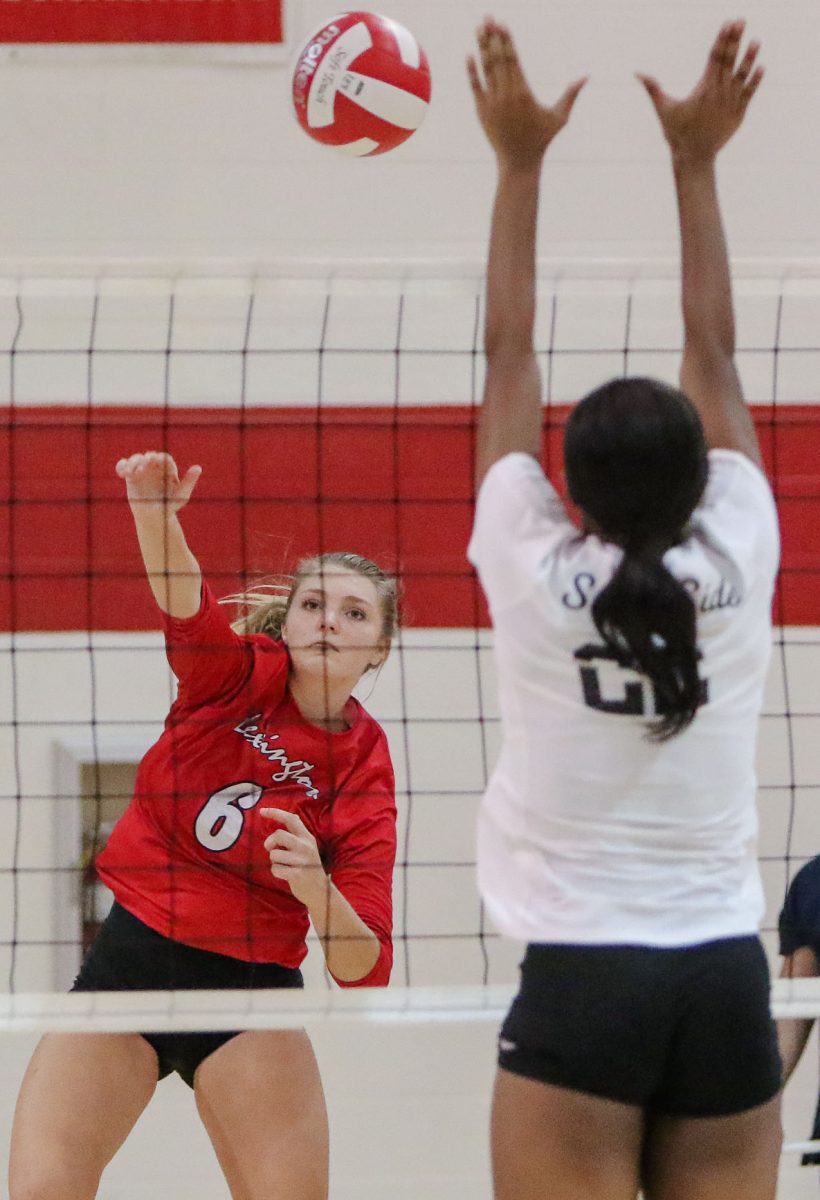 The Lady Tigers Volleyball team had a busy week last week, with games being played against Middleton, South Side, and Dyersburg. Lexington was in sync as they were able to come away with victories in all of their games. This has helped build the team for the ending stretch of the season and the momentum is on the Lady Tigers side as they look to finish out strong.

In the Middleton game played last Tuesday, Lexington won in three straight sets 25-23, 28-26, and 25-13. Leading the way for the Lady Tigers in assists was Kylie Atchison with 24. Riley Owens had two assists followed by Doner, Smith, and Mykenzie Duke with one assist each. Preslee Doner was the leader in kills with 14. McDonald had six and Smith had five. Atchison recorded four kills and Morgan Sanders had three. MyKezie Duke also recorded one block for Lexington. Morgan Sanders led in aces with five. Doner had four, Atchison had three, followed by Smith, McDonald, and Owens recording one each. The leader in digs was also Smith with 13. Kylie Atchison had five. Morgan Sanders led with 24 service points, followed by Atchison with 20 and Doner with 15.

The following night, Wednesday, September 16, 2020, Lexington hosted South Side in a doubleheader. In game one, the Lady Tigers were…