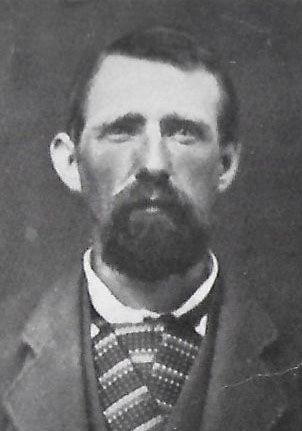 Samuel P. Winston opened the first public school at Scotts Hill in a small log house in the fall of 1870.
Photo submitted / The Lexington Progress

David Austin, a local Scotts Hill historian, said that this year’s term marks 150 years for Scotts Hill Elementary.  Austin said that Samuel P. Winston opened the first public school in a small log house in the fall of 1870. The log house had two windows closed by shutters in bad weather, split-log benches with a chimney fire place for heat. He was paid $15.00 a month to be a teacher and the school term was no more than four months in a year. A history of the school is also found on the Scotts Hill Elementary website. “There has been a school operating on the present property of Scotts Hill Elementary School since 1870. The first school house was a small log structure built just back of the present gymnasium.”

“In the late 1880’s, a frame building was built with two large classrooms. The school stood about where the gymnasium is now. The school filled quickly requiring three teachers. School interest had grown so much by 1895 that a larger school building was built. Tuition was charged from $1.00 to $2.50 per month. B. A. Tucker was the head of the school. He was a great Methodist leader. After his death…