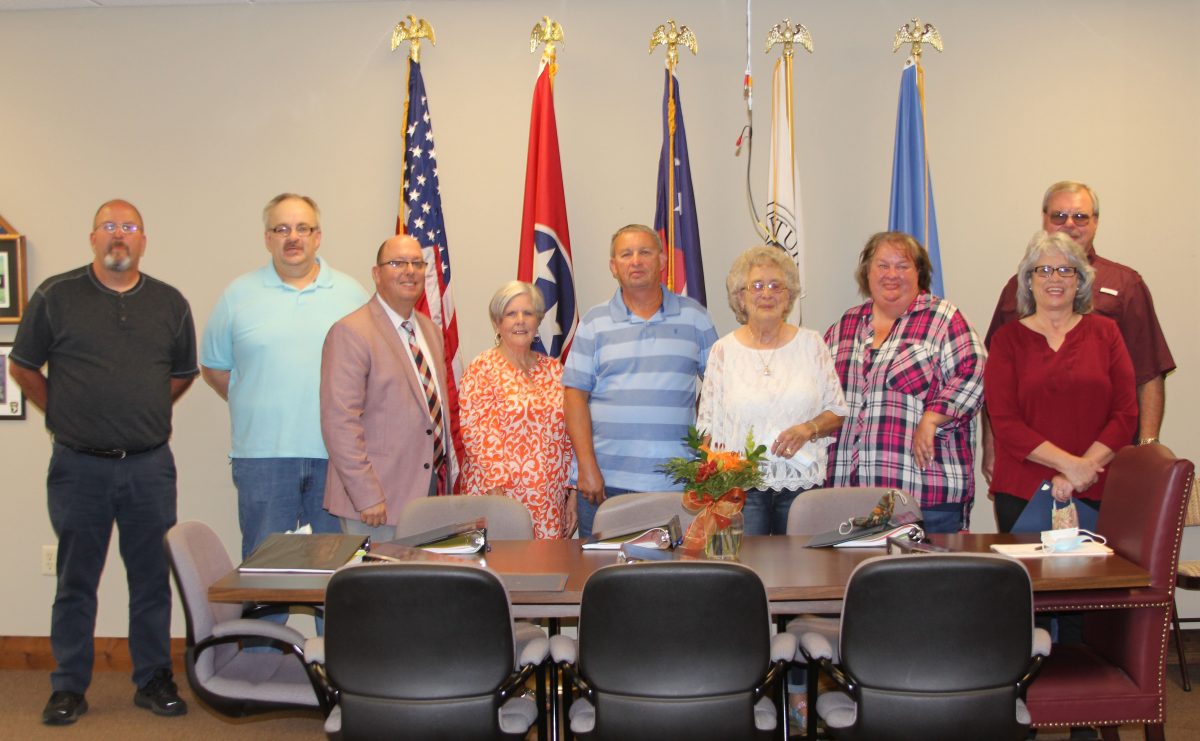 The swearing in ceremony for the mayor and aldermen of Scotts Hill was conducted by Henderson County Mayor Eddie Bray on Tuesday evening, September 8, 2020.  Kenny Parrish was sworn in as mayor, with Bonnie Butler, Woody Capley, Mary L. Connell, Tiffany M. Lyles, Wession L. Reeves, Betty Sims, and L. D. Sims sworn in as aldermen. Betty and L. D. Sims made history in being the first wife and husband to be jointly elected and serve as aldermen at the same time.

The swearing in was conducted at 6:00 p.m., followed by a reception, and the meeting at 7:00 p.m. Woody Capley was elected by the aldermen to serve as Vice-Mayor. The following were also re-appointed to their positions by the aldermen…