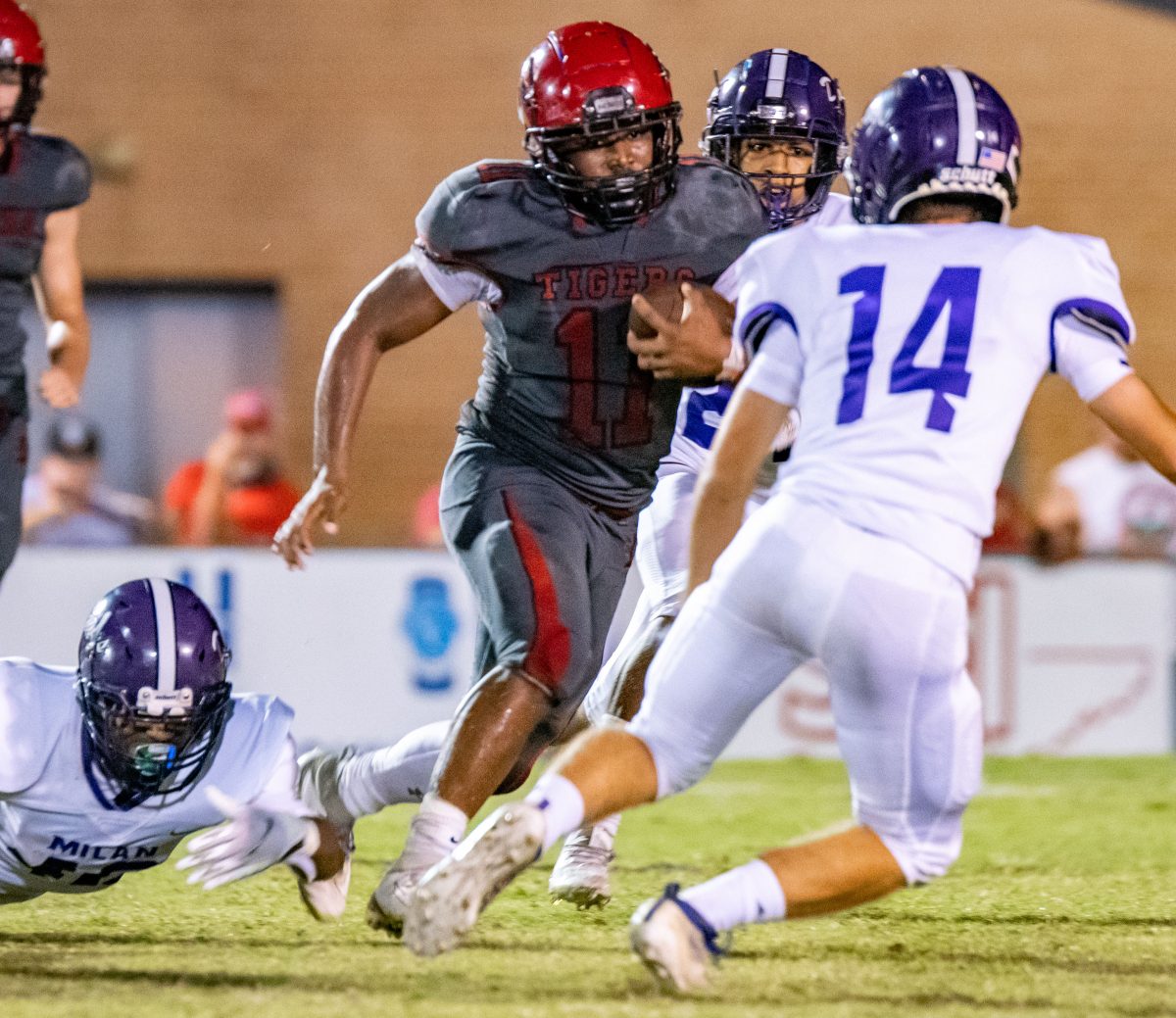 The Big Red Football team was back on Jim Stowe Field this past Friday night, September 11, 2020 in a highly anticipated match-up against the Milan Bulldogs. This was one of the most sought out games of the week by many across west Tennessee. In a back and forth game, that wasn’t decided until late in the final quarter, the fans got a treat to watch these two very athletic teams go head to head on the football field. In the end, the Milan Bulldogs were able to capture the victory over Lexington. The final score of the contest was 35-25.

Lexington, once again, made the most of their night by running the football. The Tigers had 224 yards on the ground, as a team. The sensational sophomore Isiah McClaine lead the way for the Big Red with 127 yards on 19 attempts. Following him was Jordan Smith with 91 yards on 10 attempts. Kenneth Jones also had four attempts garnering 12 yards. Smith had the longest carry on the night, via…