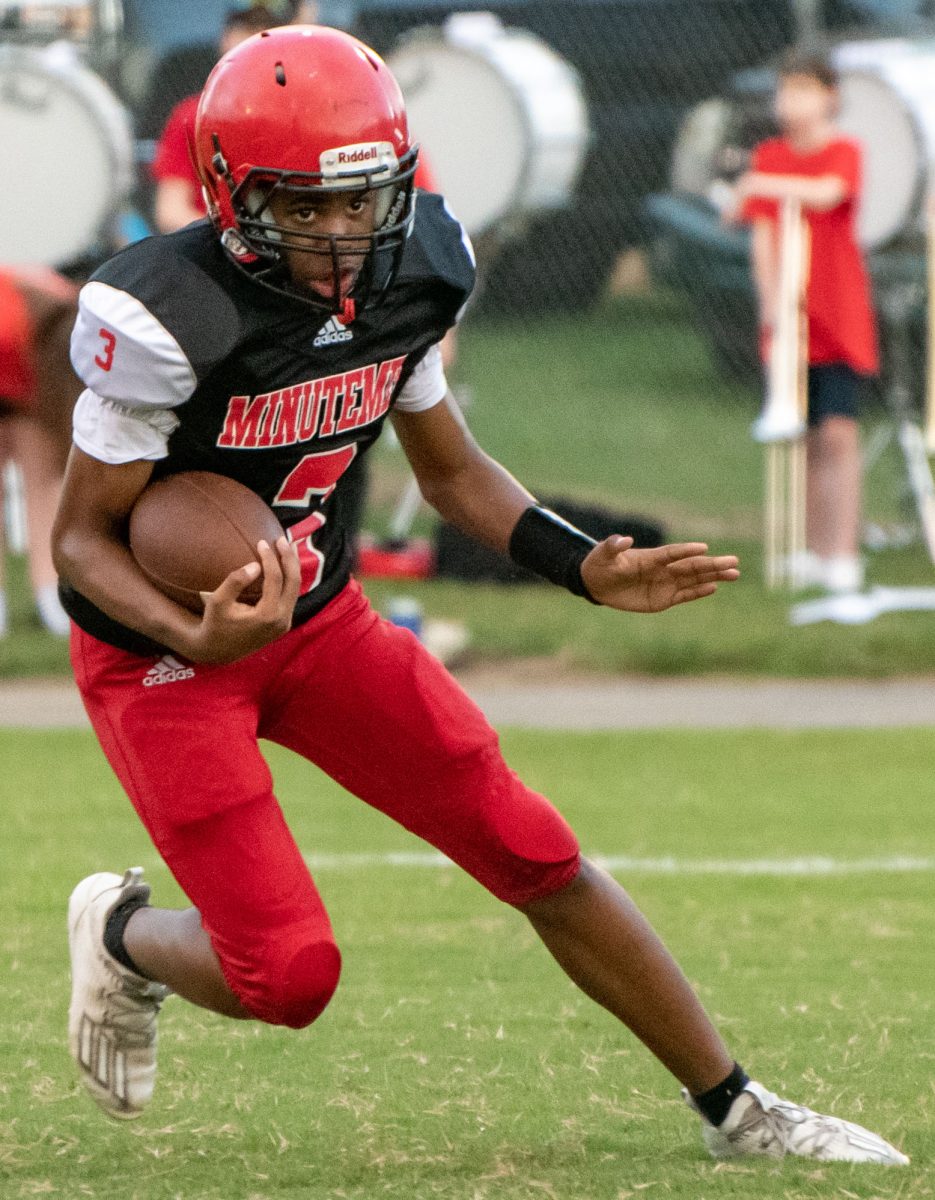 With the bad weather that was scheduled, the LMS Minutemen Football team participated in two games last week. Lexington Middle School took on University School of Jackson, last Tuesday night, September 1. The Minutemen fought hard all evening long, but in the end USJ took the victory over LMS.

USJ took the opening kickoff and after a good drive the Bruins scored. The score was 6-0, after an unsuccessful two-point conversion. The Minutemen answered two plays later on a 65-yard run by Amarion Arnold. Tylan Scott added the two-point conversion and LMS lead 8-6.

USJ’s next possession was kept alive when they converted on 4th down. The Minutemen came up big with a 4th down stop of their own deep inside their own territory to get the ball back but USJ stopped Lexington Middle again on 4th down to get the ball back in Minutemen territory. USJ took advantage of the good field position and scored on their first play. Their two-point conversion failed, making the score 12-8.

LMS answered on their very next possession with a 55-yard strike from Ross McDaniel to Amarion Arnold. Scott added the two-point conversion. The score at the half was…

For the complete story, see the September 9th edition of The Lexington Progress.