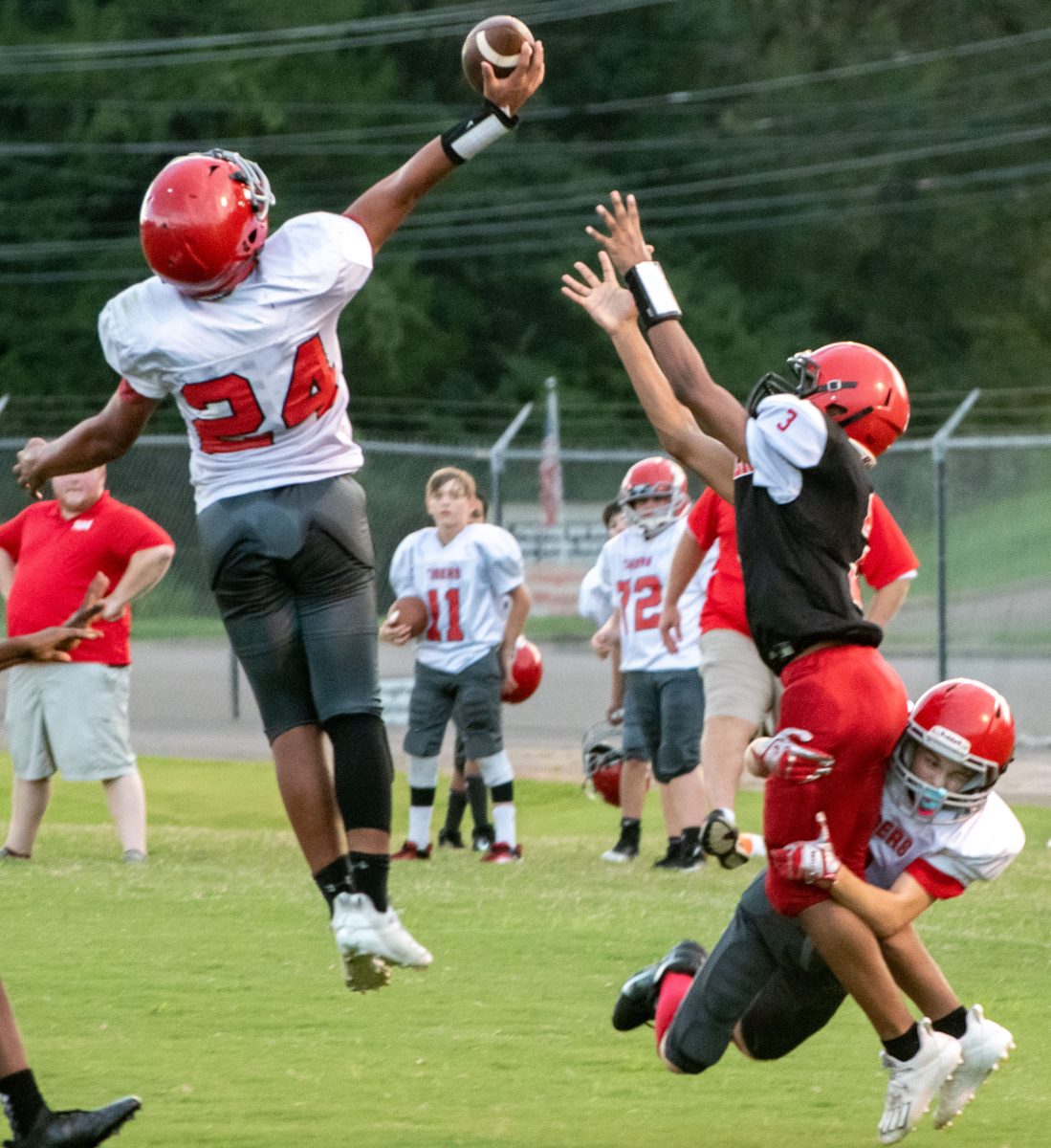 Last Thursday night, September 3, the Henderson County North Tigers traveled across town to take on the Lexington Minutemen in the 2020 Tiger Bowl. HCN received the opening kickoff and preceded to march down the field. Quarterback Jakob Davis found Walker McCready on 4th Down to extend the drive which eventually found the HCN Tigers in the endzone to take the early lead of 6-0. LMS quickly returned the favor as Amarian Arnold scampered for a long run on the third play of that series. LMS converted the 2-point conversion to make the score 8-6. Henderson County North would drive again, but they eventually stalled out in LMS territory. The Minutemen then marched down the field again to score and convert on the 2-point conversion, making the score 16-6. With 2 minutes left in the half…

For the complete story, see the September 9th edition of The Lexington Progress.