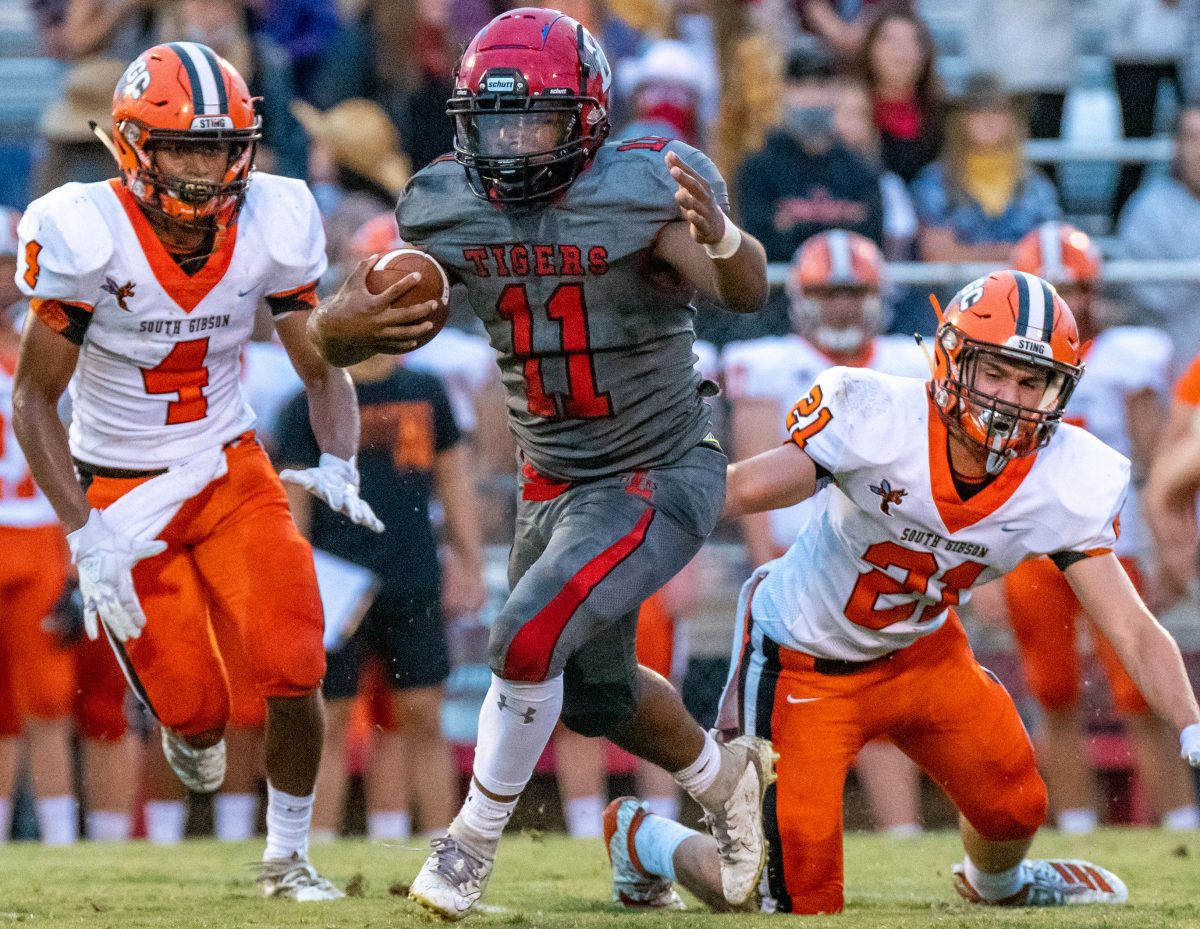 The Lexington Tigers Football team hosted South Gibson last Friday night to get their 2020 season underway. For those in attendance, the Tiger Football team didn’t disappoint and started out the new year in resounding fashion. The work that was put in over the off-season was on display under the Friday Night Lights at Tiger Stadium, and fans all around were in for a treat.

Lexington had huge success in running the ball over South Gibson. The Tigers had a total of 309 rushing yards on the night. Jordan Smith carried the ball for 78 yards on 11 carries, recording two touchdowns for the Tigers. He was also one for two in passing, accumulating 62 yards through the air on the night. T.J. Hart also scored a touchdown from 4-yards out. Cameron James got in on the action on Friday night also. He recorded 29-yards on two carries. The biggest splash out of the backfield came from Isaiah McClain. He pounded his way to 208 total yards on 20 carries, scoring twice during the contest. The Big Red Tigers scored a total of 5 touchdowns during the game against South Gibson.

On the receiving end of Jordan Smith’s pass was Donte Bard. He recorded one reception for the 62-yard pass from Smith. The Tigers lead 14-7 at halftime. Close to the end of the 3rd quarter, with just under three minutes to play…

For the complete story, see the August 26th edition of The Lexington Progress.