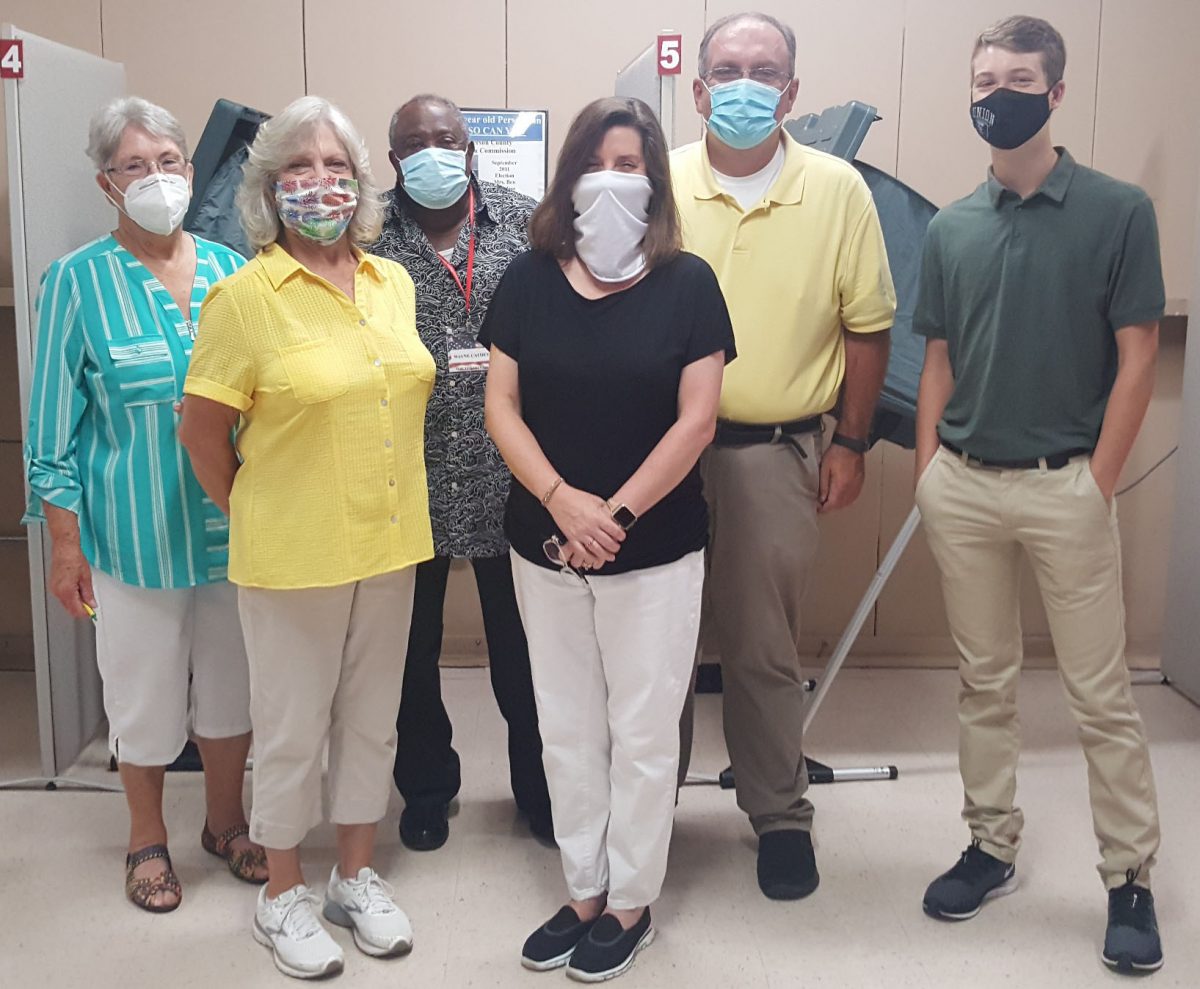 Workers at the Henderson County Election Commission wear masks as they prepare for early voters to start hitting the polling booths.
Photo by: W. Clay Crook / The Lexington Progress

“There has been a good turnout,” said Administrator of Elections Robin Powers. At press time there have been 591 early votes. “There has been trend up on mail in ballots, but not what I expect,” Powers said. Early voting in Henderson County will run until noon on Saturday August 1st, followed by the election on August 6th.