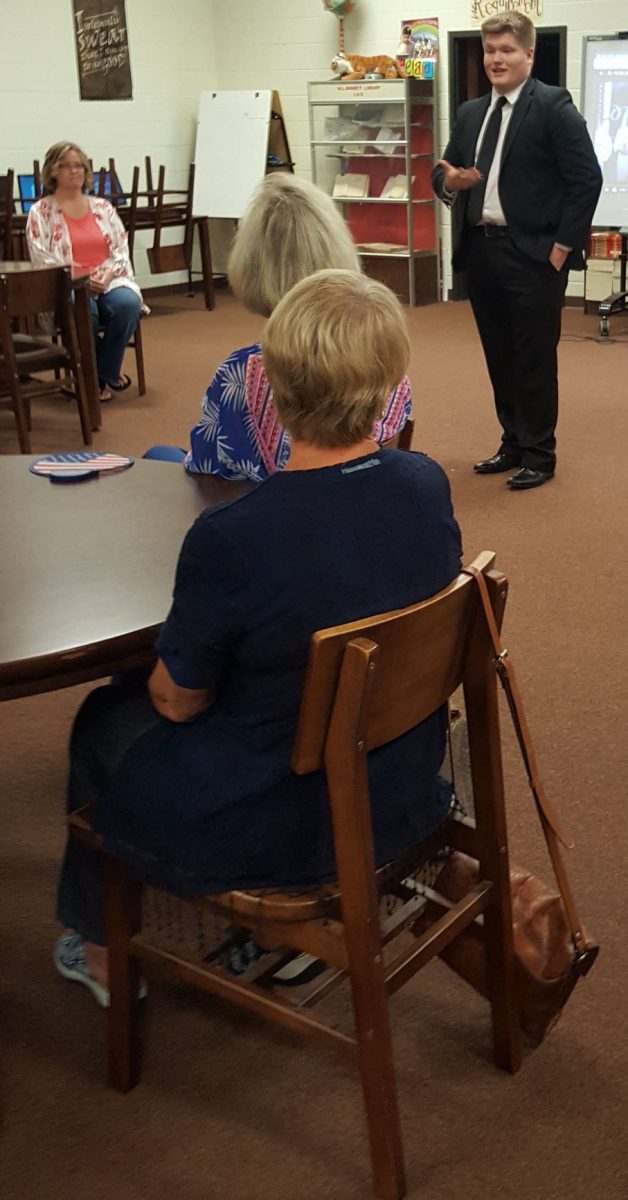 Dalton French, a soon to be senior at Lexington High School, was selected as the President for the National Beta Club.
Photo by: W. Clay Crook / The Lexington Progress

Soon to be senior Dalton French, of Lexington High School, received a special reception on Tuesday evening, July 7, 2020, after receiving national honors from the Beta Club. Dalton won the office of President for the National Beta Club during their first ever virtual national convention. “LHS Beta is super excited for their first ever national officer,” said Beta sponsor Nicki Johnson.

Lexington Mayor Jeff Griggs also added his congratulations saying how proud he was to have Dalton representing Lexington and Lexington High School. Competition was quite different this year with the restrictions from COVID-19 and speeches and skits were submitted by video. “I’m going to give you a French lesson,” Dalton said in his speech, “a Dalton French lesson,” adding at the end that he was eager to be the Beta Club’s “Fighting Frenchman.” His skit was performed in costumes reminiscent of the stage production “Hamilton” with his teammates rapping Dalton’s credentials for the national position. As the video played, his skit-mates couldn’t help but cheer along with…

For the complete story, see the July 15th edition of The Lexington Progress.