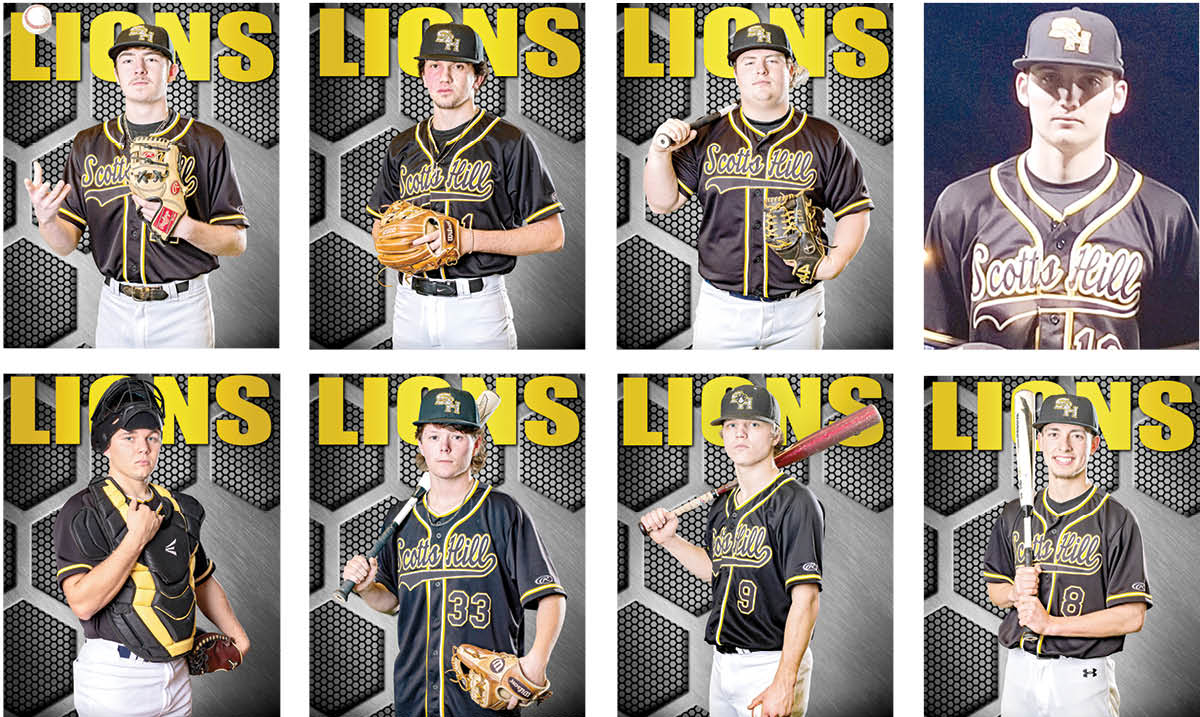 This week, we would like to feature the seniors who played for the Scotts Hill High School Baseball team. As we have done in the past, we are going to take an in-depth look at some of the memories and concerns that each player had, due to COVID-19 cutting their season short. Again, the players will be listed in alphabetical order starting with their first names. Without further ado, lets get started.

First, we have Brady Montgomery. Brady is the son of Jonathan and Sonya Montgomery. He played second base for the Lions Baseball team. His favorite memory, while being on the team, was when Nathan Lewis killed his first turkey and brought it to baseball practice. In asking what was his thoughts and impact that COVID-19 had on him, he shared “It made the year I had been waiting on since I was five years old get cut short to only four games. I’m sure I can speak for everyone else impacted by the pandemic, my emotions were everywhere. I have been blessed to play the game I love all throughout my years in high school. I’m glad that I made closer friendships through sports. I am sad it got cut to only four games in my final season. My emotions are all over the place.”

Brady’s future plans are to attend TCAT in Crump, TN. On his advice that he would give his younger teammates, Montgomery said “Not to be cheesy or anything, but play every game like it’s your last. If you would have told me before the Huntingdon game, that it was going to be my last I would have called you crazy. Soak everything up and stay humble.”

Next up, we feature Easton Pollock. Easton is the son of Chris Pollock and he was a pitcher for the Scotts Hill High School Lions. He also played shortstop for the program, as well. Easton shared his favorite memory with us. He said it was, “Playing my last game as a senior for the Scotts Hill Football team after breaking my collarbone and being able to make an impact one last time.”

In sharing his thoughts and impact that COVID-19 had on him personally, Pollock stated “I honestly think it was the most ridiculous thing to happen to us as a team and family.” Easton plans to attend TCAT in Crump, TN for plumbing and electrical. Lastly, he shared his advice he would give his younger teammates. Easton said, “My advice is to never give up even after a devastating injury. Always keep that “Mamba” mentality.”

Moving on to our next player, we bring to you Logan Mooney. Logan is the son of Doug and Carol Mooney. He played third base for the team. His favorite memory he shared about his time with the program was getting to play with the best group of guys I could ask for all four years.

Touching on the thoughts and impact that COVID-19 had on him personally, Logan stated “Having our season cut short was…

For the complete story, see the May 27th edition of The Lexington Progress.