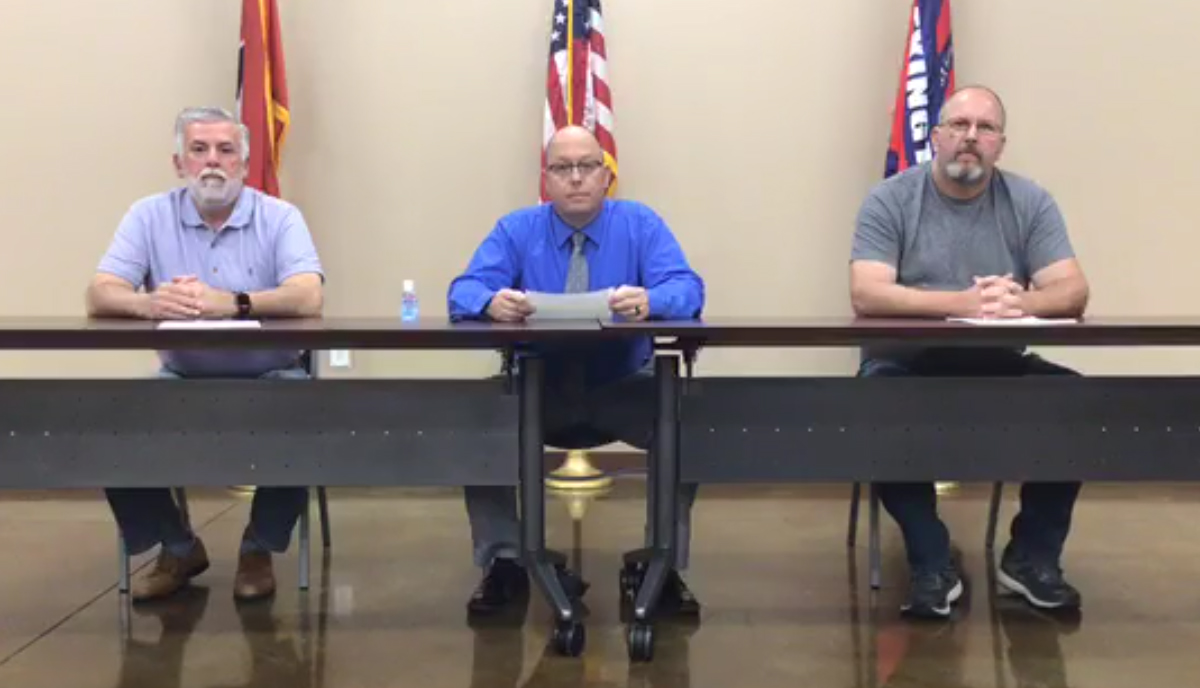 At 1:30 p.m. on Sunday, April 5, 2020, the Tennessee Department of Health (TDOH) contacted Henderson County Mayor Eddie Bray with news of the first case of COVID-19 in Henderson County. A press release was sent out followed by a video presentation from Mayor Bray, Lexington Mayor Jeff Griggs and Scotts Hill Mayor Kenny Parrish.

A second case for Henderson County was confirmed by the TDOH on Monday, April 6, 2020 at 1:30 p.m. Mayor Bray said that the two cases were unrelated, and that the Health Department is contacting people who have been identified as being in contact with the virus cases.

The Lexington Progress reached out to the State of Tennessee’s Unified Command Public Information Officer, Dean Flener, but no other information has been forthcoming.

Mayor Bray said in his release. “Today (April 5, 2020) we were notified by the Tennessee Department of Health (TDOH) that a resident of Henderson County had tested positive for the novel coronavirus. The Health Dept. is working with the patient who will be quarantined.”

“This is not unexpected. Your local and county leaders and officials have been preparing for and expecting this for weeks. We are…

For complete coverage, see the April 8th edition of The Lexington Progress.