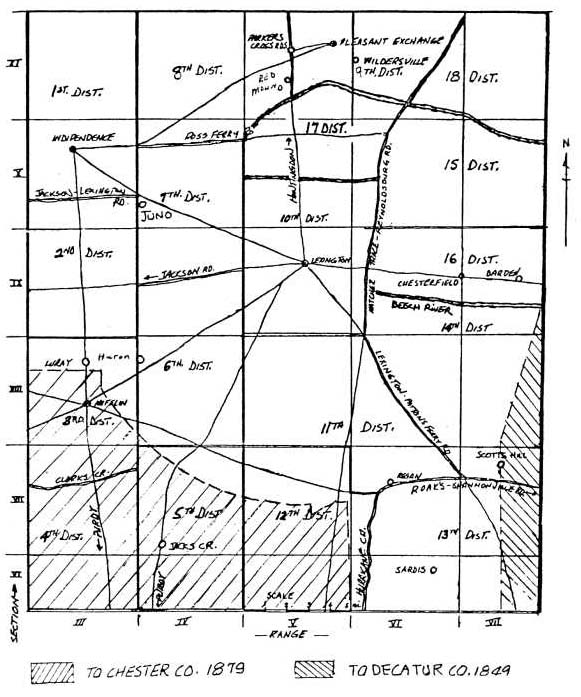 Pictured is a Section and Range Map of Henderson County, 1820, Districts from 1850.
File Photo / The Lexington Progress

March 1820, it wasn’t quite Henderson County yet, but a county planned to be in the Western District of Tennessee. Many settlers here were listed as Stewart County, as West Tennessee’s purchase from the Chickasaw Nation didn’t begin until 1818. The grants from this period say Tennessee, but they were given as payment for Revolutionary War service to men from North Carolina, South Carolina, Pennsylvania, Virginia and elsewhere.

The new state of Tennessee (1796) objected to land being given away in what it considered to be its sovereign territory, but was, before it’s creation, an extension of North Carolina. It was also, by agreement with President Washington’s government, entailed with national obligations from the Revolutionary War debt to its veterans or successor family members.  The issue between North Carolina and Tennessee went to the U.S. Supreme Court. Tennessee would have to honor the grants issued by the original colonial states, but to make the new state feel better about it, they would be issued in the name of the State of Tennessee.

Settlers were given lot numbers. When you reached the new area, the chief surveyor, Col. John Purdy, and his team, directed you to the area that had been surveyed, and after once building a homestead then…