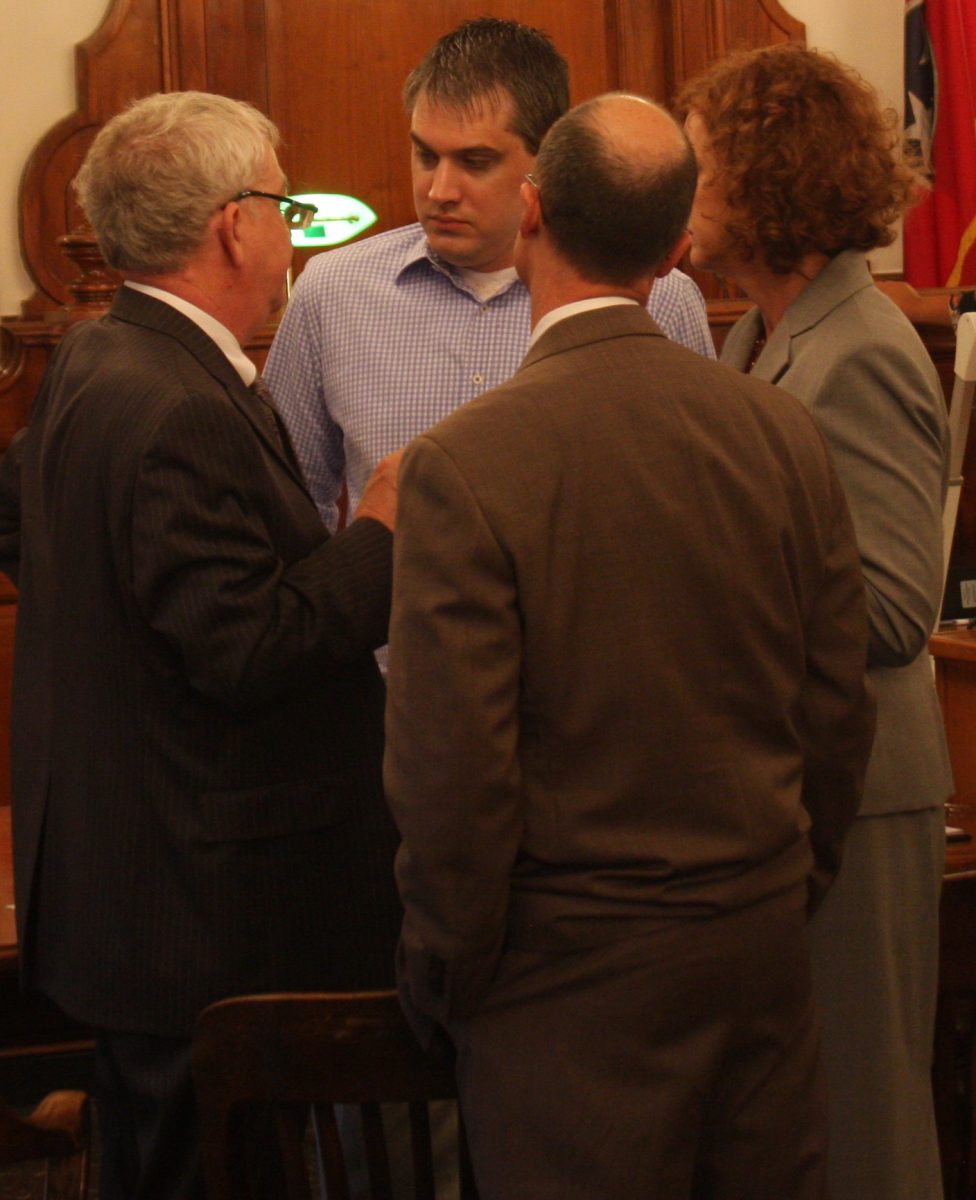 Zach Adams and his legal team talk during his last trial proceedings. Adams’ attorney has requested for a new trial.
Photo by: W. Clay Crook / The Lexington Progress

Two and a half years after being convicted of the kidnapping, rape and murder of Decatur County nursing student, Holly Bobo, Zach Adams’ attorney has filed an appeal on his behalf, asking for a new trial.  Holly Bobo disappeared from her Darden home in Decatur County in 2011. In 2017, Zach Adams was convicted by a Hardin County jury in her murder. Jennifer Thompson, Adams’ attorney, filed an appeal that mentions the Hardin County jury as one of fifty-six reasons that Adams should be granted a new trial.

Thompson says that Judge Creed McGinley erred in not moving the trial or selecting a jury from another area. She contends that the local jury had too much knowledge of the case. Thompson says that the judge should have recused himself and that during the trial he told the defense to “hurry up” or to “move on.” The Nashville based attorney mentions numerous legal reasons that a new trial should…

For the complete story, see the March 4th edition of The Lexington Progress.