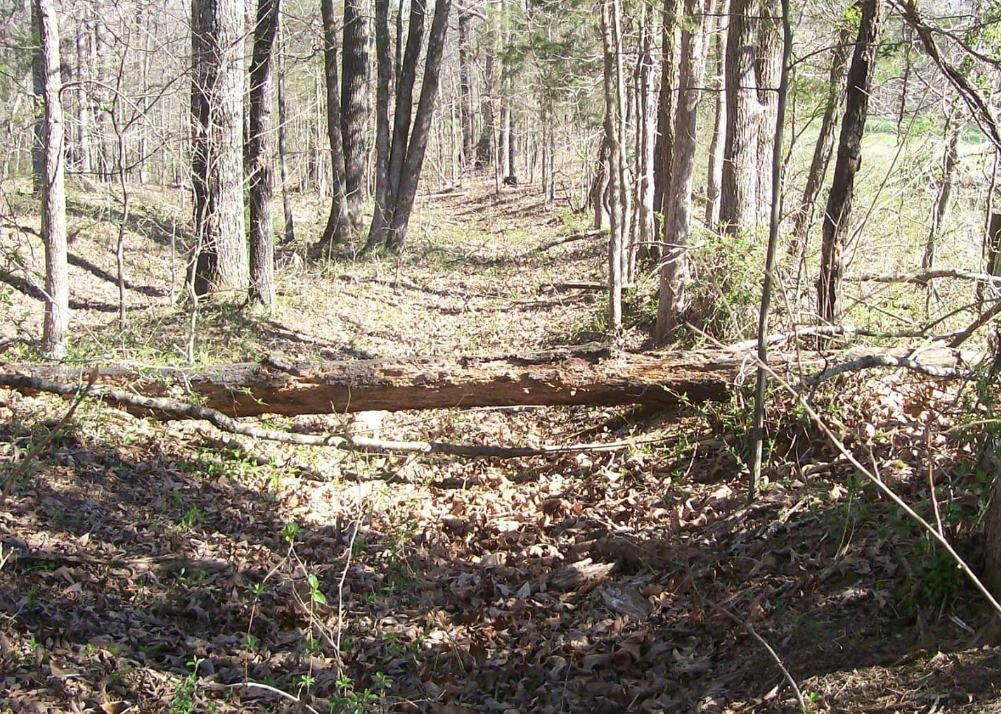 Pictured is the actual Scotts Hill Stagecoach route as it looks today. This route was originally surveyed in the 1840s, and this particular spot is located about 2 miles north of the mid-town area.
Photo Submitted / The Lexington Progress

While much of the collection was begun in 2011, the original idea comes from an earlier collection in the 1970s that former Mayor Gordon Turner had at his residence. Due to limited space, we don’t actively seek or accept items unless they directly connect to a Scotts Hill historical aspect. The Scotts Hill Heritage Collection is an aggregation of historical documents and items, donated in part by area citizens themselves. The purpose of the exhibit, which opened in November 2011, is “to let people know of the history of Scotts Hill before it’s all gone”. The collection is divided into five sections covering various aspects of Scotts Hill’s history.

Some of the main exhibits that have been on display since day one is a copy of 1899 Scotts Hill Banner newspaper, pictures of every mayor since 1917 and a map of central business district history. It’s hard to pick out one item that stands out among the collection, but probably it would be the…

For the complete story, see the February 19th edition of The Lexington Progress.