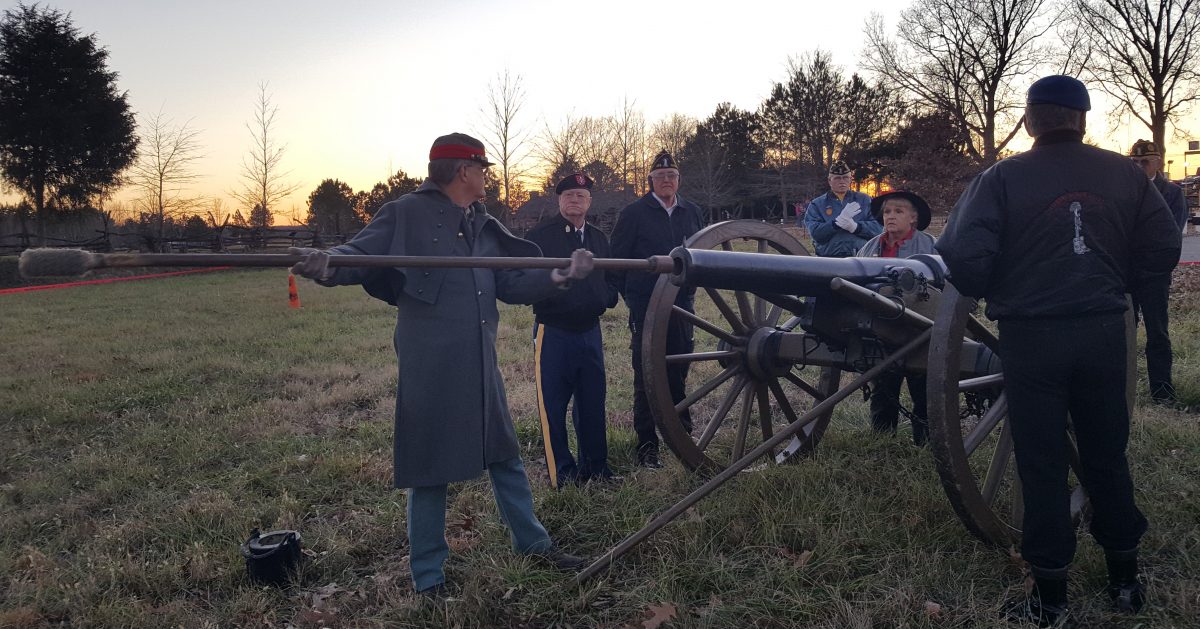 The gun crews moved to take their positions as the Huggins Battery Commander, Jim Weaver, gave the command to prep the two Civil War style cannons. As President of the Parkers Crossroads Battlefield Association, Weaver had already spent much of the day arranging the field pieces and coordinating the ceremony stands and refreshments. Now standing in Federal blue, with a kepi slanted across his brow, Weaver watched both crews as the black powder was carefully inspected and walked up to the left side of the gun. The night was cold, but clear, the stars winking over the same ground that 157 years ago had been trampled into mud, the wounded being moved and cared for while shot and broken weapons still littered the field.

Master of Ceremonies, Steve McDaniel, told the audience that they would not have been able to stand where they were assembled today on the early afternoon of December 31, 1862, as Confederate grape shot and canister from across what is now the interstate hit hot and heavy into where the split rail fence is now located, shattered the rails that day, forcing the Union soldiers back into…