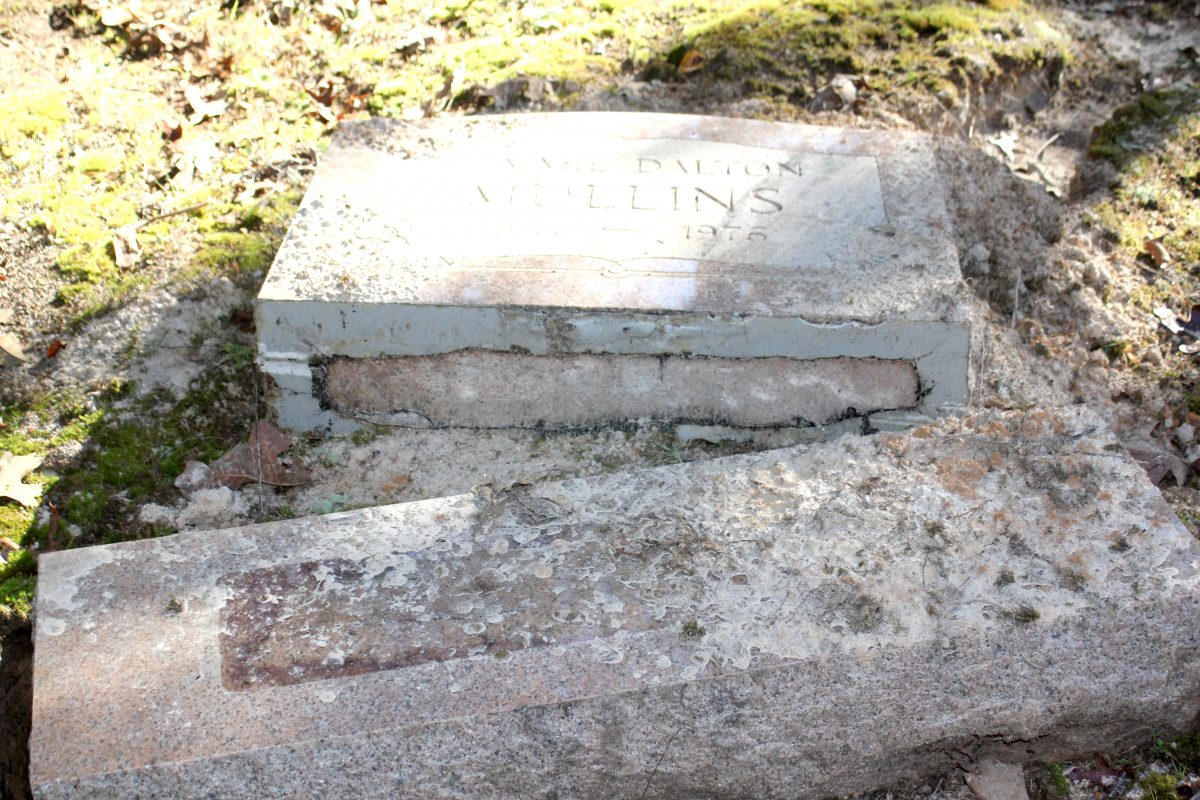 Recent vandalism occurred in the Mullins Cemetery, which is located off Loney Wheatley Road.
Photo by: W. Clay Crook / The Lexington Progress

A reader brought it to the attention of The Lexington Progress that there has been recent vandalism at the Mullins family cemetery, and that damage had occurred around Halloween some thirteen years ago. The cemetery is located on Mullins Cemetery Road. You access it from Loney Wheatley Road that runs west from Highway 22A to the Life Cut Off Road. The Mullins family was prominent in the early days of the Palestine Community and later generations built and ran a store in downtown Middlefork.

It looks like a vehicle drove straight through one side of the cemetery, across some blocks marking unknown graves and over the gravestone of an infant, came around and became stuck in a sunken grave and dislodge the rock of Jimmie Dalton Mullins (1941-1976). There was also some debris from a vehicle further up, perhaps from a fender, one child’s tombstone has tire tread marks on it. U.S. Veteran, and former businessman Cecil Burnine’s family marker has been dislodged from its base and is face down on top of his brass veteran’s plaque.

The damage thirteen years ago also destroyed some tombstones altogether, including a Civil War marker. Mr. Charlie Mullins, and his son Opie Mullins, who ran the store in Middlefork were from this family. According to Mr. Charlie, the two Mullins brothers became divided over the…