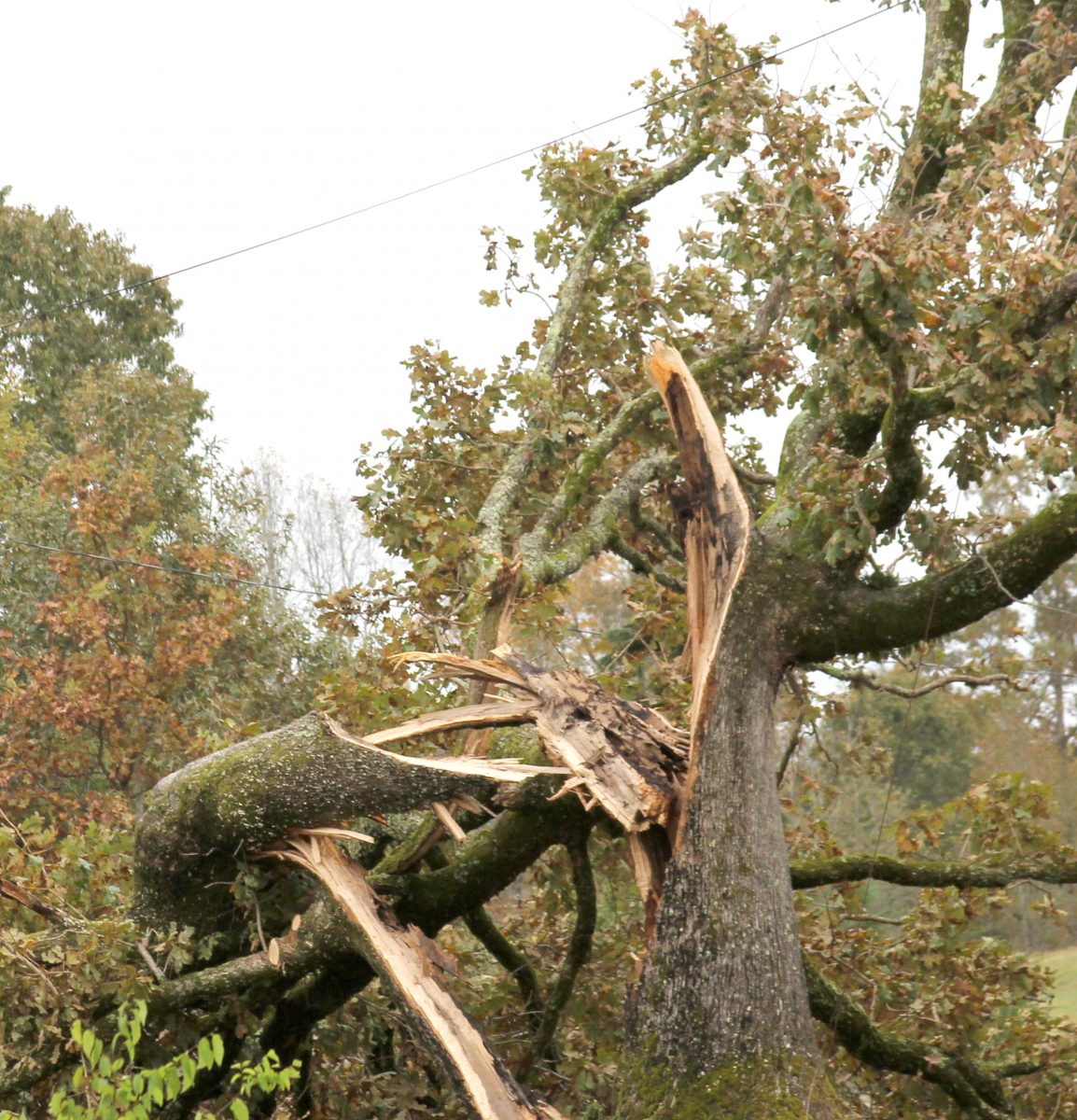 A storm that came through Southeast parts of Henderson County on Saturday, October 26, 2019 caused major damage to some areas and left many residents without power.
Photo by: W. Clay Crook / The Lexington Progress

For most of us in Henderson County there were some light winds and heavy rain Saturday afternoon and Saturday evening the 26th. But if you lived between Sardis and Scotts Hill, or in a line from Scotts Hill to Middleburg, and from Darden to Midway, then you may still be without power.

The weather reported straight line gusts of 70 mph or more, but trees in the lower and eastern parts of Henderson County lay to every point on the compass. Utility poles and stately oaks were snapped like twigs, and Henderson County Mayor Eddie Bray signed a proclamation declaring Henderson County in a state of emergency.

EMA Director Drew Cook kept most of the county alerted to areas of concentration and where to find blankets and water. Meanwhile, if you were out of electricity during a time of the month when days can still be oppressively muggy and nights very chilly, then…