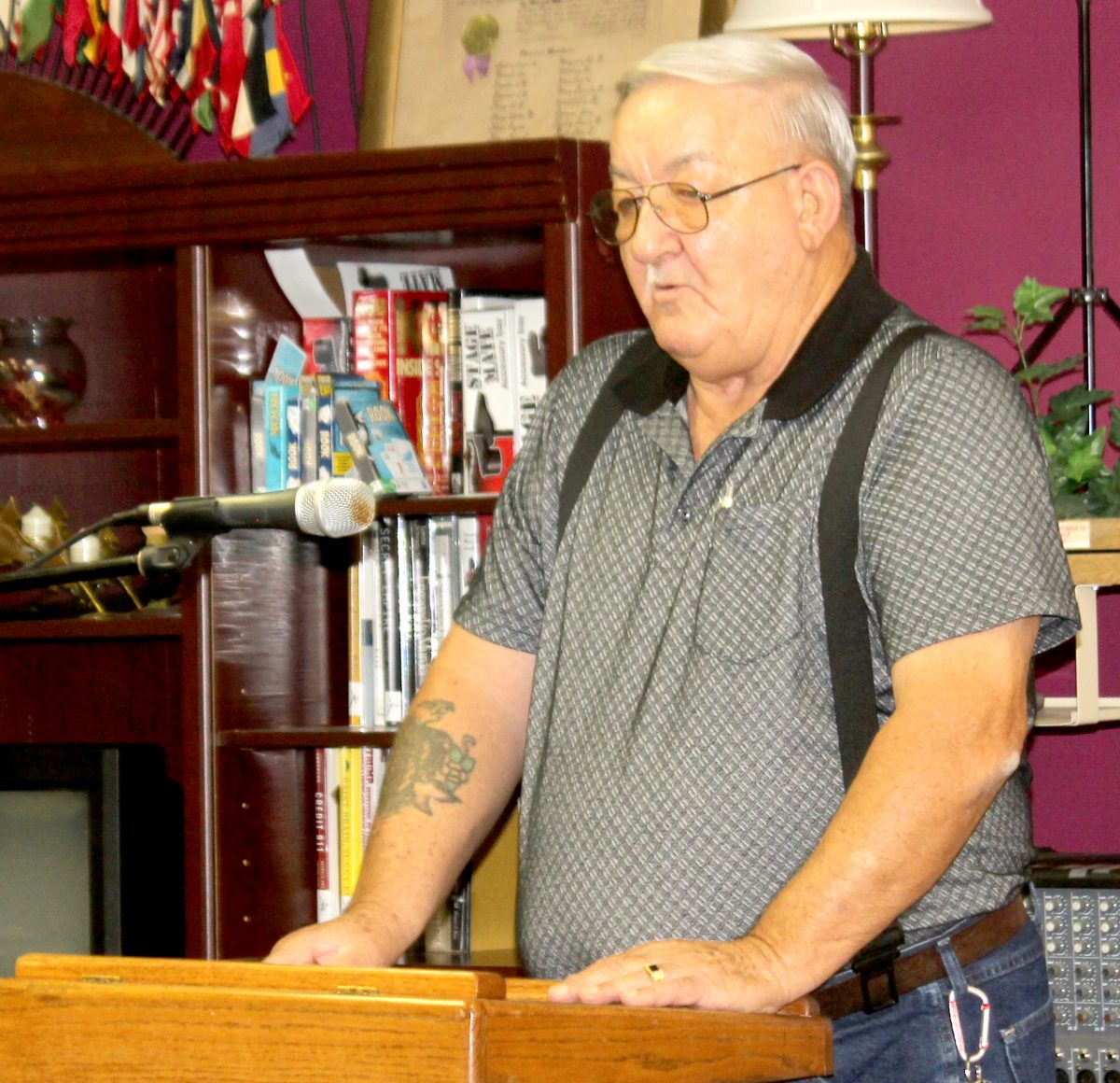 Mayor Jessie Powers addressed the citizens of Scotts Hill after his swearing in ceremony on September 4, 2018. Mr. Powers passed away on October 26, 2019.
Photo by: W. Clay Crook / The Lexington Progress

Jessie S. Powers, long time resident of Scotts Hill, passed away at his home on October 26th at 74 years of age. He served forty years as Police Chief of Scotts Hill, the longest serving chief at that time in the state of Tennessee, served on the board of aldermen, and was sworn in as mayor of Scotts Hill by Decatur County Mayor Mike Creasy on September 4, 2018.

Mayor Powers was one of the charter members of the Henderson County Fire Department, and a veteran of the United States Army. At every event you could count on his presence and support. He was especially fond of the city park area, and was their foremost advocate for renovation, maintenance and cleanliness for the park. His passion was for the young people of Scotts Hill, whether it be the park or a Halloween Bash or Scotts Hill Appreciation Days, or school events, his first thought was to be able to have a safe haven for the youth of the area to enjoy. “They are our future,” he often said, “there won’t be a Scotts Hill without them.” Due to health reasons he was…