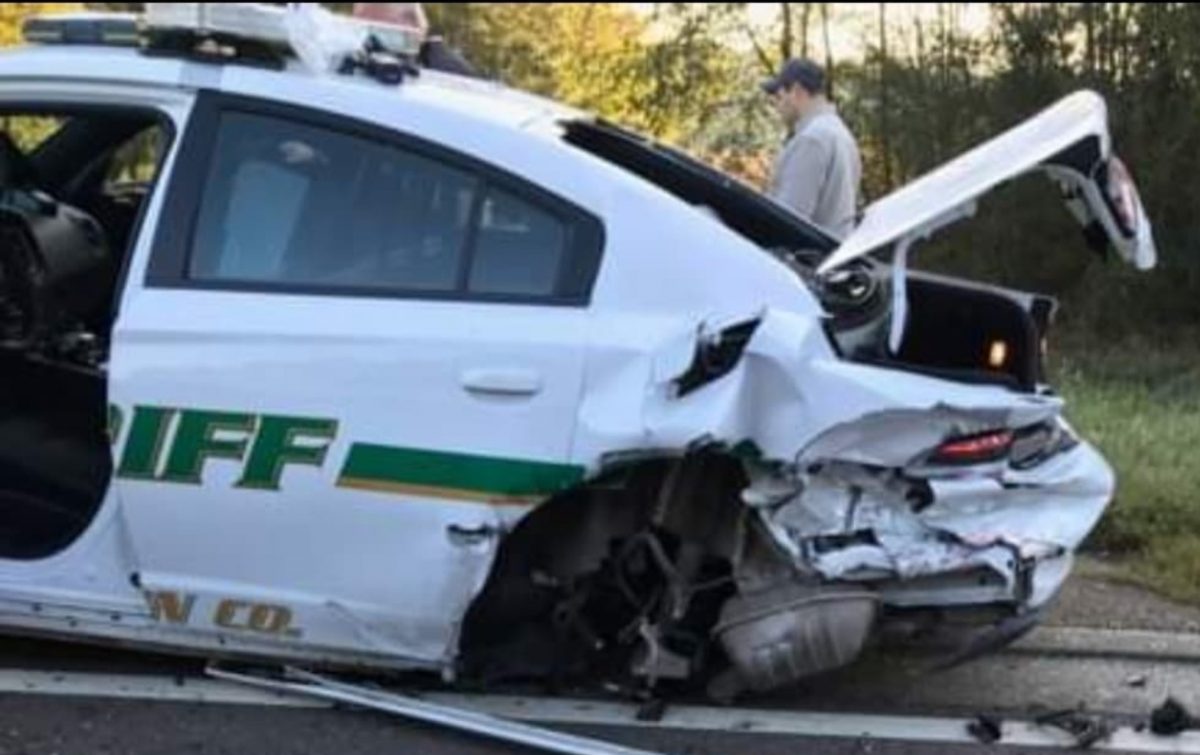 A Henderson County Deputy was transported to Henderson County Community Hospital after being rear ended during a routine traffic stop on Tuesday, October 8, 2019.
Photo Submitted / The Lexington Progress

Henderson County Sheriff’s Deputy Dale Kizer made a routine traffic stop on Highway 22 North, near Strayleaf Road, and was back in his vehicle writing the citation when his vehicle was struck from the rear. “The driver failed to observe the move over law,” said Captain Tracey Grisham of the Henderson County Sheriff’s Department. The incident occurred around 7:40 a.m. on Tuesday morning, October 8th. Kizer’s vehicle was pushed about thirty feet or more into the vehicle he had stopped for…

For complete coverage, see the October 9th edition of The Lexington Progress.